Film Courage: I understand you and your brother Tim grew up in Annapolis, Maryland?

Film Courage: How was the movie going experience in Annapolis?

Trevor: I think it was normal. I think it was your quintessential small town movie going experience. That’s how I would spend my weekends, I would go see one, two (maybe) three movies a weekend. It was my favorite thing to do. And I saw everything in a theater or went to Blockbuster.

I’m pretty sure every week there were multiple Blockbusters in our house, just on a cycle.

Film Courage: So that was the weekend plan to just sort of movie binge?

Trevor: And sports but yeah…movies were a huge part of it.

Film Courage: So you arrived in West Hollywood…I’m not sure if you came with your brother or out of college and got an apartment?

Trevor: Yes, he was here a couple of years before me, a year and a half before me. He did a year at USC and we both came right out after college We both took jobs in the industry and as we figured out what path we wanted to go and what we wanted to do, pretty early on we said we were going to do something pretty audacious. We were going to go out on our own and try to make a movie.

So at the time it was actually a different film we were trying to get made before JAMESY BOY. And that film as it goes, it fell apart, it never really got off to a good start. But we learned a lot and we met some people along the way and I don’t think JAMESY BOY would have happened without the false start of the previous project. 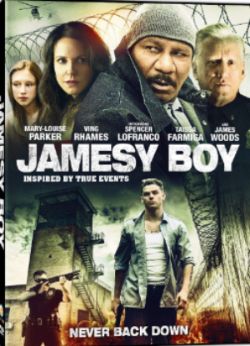 Film Courage: Interesting. But you came out here having done a few short films I believe (like five or so)?

Trevor: I had done a number of short films in college and then made two more shorts when I came out here. So my first couple years out here I was still making shorts.

Trevor: That’s an interesting question. I don’t think I know the answer to that. I wish I could go back and think about my mindset right out of college but we were always very driven. We were always very determined to achieve out goals and our goals were making movies. And so I don’t think there was ever a moment where we kind of said We want do this. We just looked at everything practically and said Okay, this is the project, we’ve gotten in creatively there, what are the steps that we need to make to get it made?

And that kind of goes with every project we do whether it’s something I’m producing, something I’m directing. And so I don’t think there was ever a moment where I had this perception and it wasn’t met.  But I love it…I love living out here. California is very invigorating and being in this town and this business you’re surrounded by super talented people every day and it’s inspiring. I love it.

Film Courage: So you and Tim both had industry jobs, did that leave a lot of time for you to get your production company off of the ground? I know in the beginning you’re working very long hours.

Trevor: I think when we decided we were going to do this on our own, we quit the industry jobs and I picked up odd jobs – tutoring and coaching tennis and other things to pay the bills as we tried to build something and that took a long time. It really took a long time.

Film Courage: Let’s go back to JAMESY BOY, did you know the gentleman that the story was about previously? 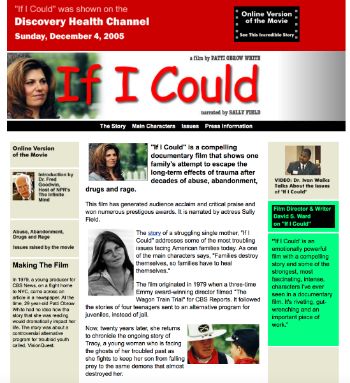 Trevor: Yes. He’s actually staying with me right now. He’s a really dear friend of mine. The backstory to that is quite amazing because my Mother is a filmmaker as well and a documentarian. And she had done a documentary back in 2001 called IF I COULD which focused on James (the subject of JAMESY BOY) years younger and his mother and their family story.

And that movie also was a pick up of a story that my Mom had covered at CBS news 20 years prior to that. So there’s this long progression of this family that we’ve tracked and told their story and they are these incredible people. They’ve overcome so much. James is still one of my inspirations and he’s an immensely talented filmmaker today himself doing a lot of really exciting work.

I knew James so I was close. At the time that I was developing the script I wasn’t close with him. The process of doing the script brought us really close together…(Watch the video interview on Youtube here). 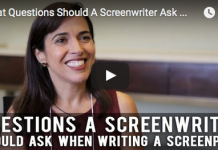 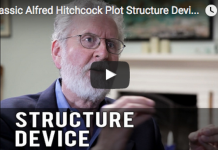