Film Courage: Clifton, when you first started acting and booking roles, what was your vision for your career?

Clifton Collins, Jr.: Vision for my acting career? Gosh, I think when you’re younger, I don’t know if we always know the real reasons why we get into a business. Sometimes it’s in hindsight that you realize Oh, these were the steps that led me up to this? I don’t know that I had one? I know that I wanted to do roles that mattered. I wanted to represent communities of people that didn’t have voices, I knew that going in. It’s kind of an interesting insight to have when I was 17.

Film Courage: You grew up around the business, didn’t you? Your grandfather was in the business?

Film Courage: When you told your family that you wanted to be an entertainer, did they say…well there is also a downside to it? Were they always positive about it or were they cautious?

Success to me is doing “the job” that I got to do in that [audition] room, whether I get the role or not.

Film Courage: Did you do a lot of imitations growing up? Because have a chameleon-like style, you can be so many different characters. Did you imitate a lot of people growing up, teachers, etc.?

Clifton: I did, that’s really intuitive of you. I did. I got in a lot of trouble in high school because of it. I got laughs…because Grandpa…you think of a movie like RIO BRAVO with Dean Martin and Walter Brennan and all these unique different voices, it was just fun to imitate. We started tap dancing when we were seven, so sometimes just to pass the time as a kid, I’d do voices. Me and my cousin, I mean you hate it…when you’re tap dancing when you’re seven, you just don’t like it. Today, I love it. 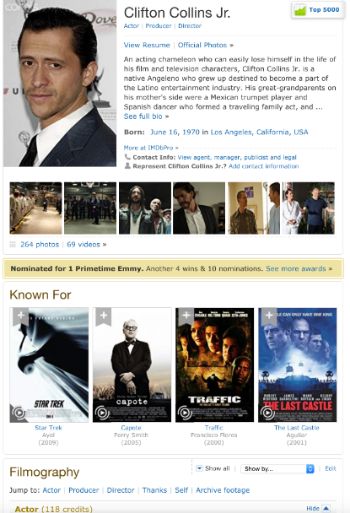 Film Courage: What do you consider as your first success as an actor?

Clifton: First success, gosh? Honestly, I think there’s a danger in saying a first success because I think life is a series of successes and failures. So even in this business, success to me is doing the job that I got to do in that room, whether I get the role or not. But the fact that I’m able to pull off a performance and give a performance because I like to give a performance when I audition instead of auditioning. And to do a lot of the prep work prior, like some of the heavier prep work that most actors reserve for after you get the gig. If I have the time, I’ll delve completely into it, it’s just part of the fun if you want to do a good job.

I’d say in terms of benchmarks in my career, like the first gig that where you get to be SAG, you get your SAG card you’re like Wow! I finally got my SAG card. And that was my first commercial, so that was fun. Then you look at a film like maybe One Eight Seven which was probably one of the greater challenges in my early career. There was so much to learn, the mentorship I got from Sam Jackson just kind of set the pace for me in a lot of different ways. In the ways that he acted and how he prepped even deeper, harder and longer. I was like Oh my, God. I’ve got to do this. Because I want to be that good watching Sam do his thing and I was just My, God!

He set the bar pretty high for me, so that was fun. But I think that was my first really big role to be challenged by somebody of Sam’s caliber and to rise up to that occasion, that was fun.

Film Courage: I know with a lot of things in this town, you can go to one level and you think “Oh, it’s just going to keep being like this.” It’s going to be this upward staircase and sometimes you realize you’re back to square one.

Film Courage: In any endeavor out here.

Clifton: Sure, I’m very familiar with square one.

Film Courage: So am I. How do you deal with that square one point?

Clifton: You just love it.

Film Courage: You do? 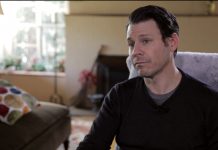 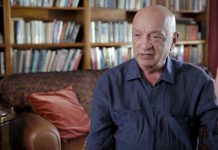