Brad Rushing, Cinematographer: This is a business that’s very important to remember, you will get hired to do what you show you can do.

Film Courage: I believe you originally set out to be a director?

Brad: I wouldn’t say I set out to be a director. When I was first interested in making films I spent many years studying fine art. Fine art was my passion and it still is my passion because to me this is fine art in a different medium. But when I originally transitioned into thinking I might want to do it, I as a visual artist who is the principal author, I thought well I would want to be the auteur (hence the director) and that made sense to me. All through college that was sort of what I was thinking. Then I got out and my first feature film that I worked on I got on set and I was hustling. I did all kinds of things over the period of time. This is the job I was telling you about where I was volunteering and I was working with professionals and the first thing they threw at me because I was a musician. I did a lot of recording so I knew sound, so they had me be the boom operator. Then the sound guy had days he couldn’t show up because again we’re all volunteering and that’s another thing about volunteering because of the attrition you step up pretty quickly. He trained me how to record sound so I’m recording sound and I learned grip work and Oh the first AC can’t show up. Brad, you want to pull focus? Can you run a camera? I went from being the little guy to being the guy that a couple of times it was me and the director and a wind-up Bolex and we were the crew. That was kind of the thing but when I was on that job and I was watching that director who’s a friend of this day and I really respect this guy but everybody was hitting on him. Everybody on set wanted a piece of him. Understandably, the actors wanted his time and the wardrobe people and the producer and the location people and it’s just like Okay. Then over here is the DP. Now this person has the magic box and they get to look through the magic box and make the pretty pictures. They get the lights, the toys and I’m thinking Now that looks like fun! The funny thing to me is…(Watch the video interview on Youtube here).

Filmmakers, How To Keep Your Producer Happy by Judy Chaikin of... 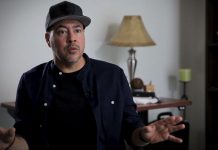 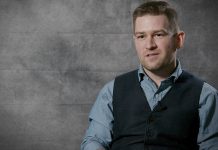 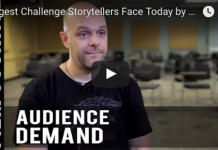