Film Courage: We understand you watch a lot of Razzie nominated films? What’s the reason behind this?

Dui, I see you writing all of the time. What have you read?

You’re not going to be great until you read the good stuff and the bad stuff. You have to watch it all.

That didn’t even make sense at the time until I decided to go into the playwrighting bookstore in New York and would just pick out plays. It didn’t matter if I knew the playwright or not. You would start to see the difference between a really well-constructed play and…(Watch the video interview on Youtube here). 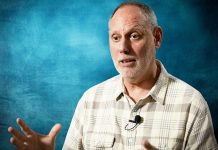 All The Tools You Need To Be A Screenwriter – Glenn...