Film Courage: How do you plan to write a story?

Joe Wilson, Writer/Director/Comedian/Photographer: You make a big mess and then try to pluck the good stuff out. I sit down with a legal pad and I write down little tiny bios, lines, basic stories, conflicts, secrets…all that kind of stuff…and it’s not neat. Like there are circles and lines and scribbles and stuff X’d out. I only use one side so I just keep going. Then I will go back through and Okay that’s kind of interesting. That’s kind of interesting. All this stuff I get to and then I’ll have stacks of yellow legal pads that are from projects.

With VAMPIRE MOB [Joe’s webseries] I never planned on writing how the character became a vampire because it was the screenwriting thing of starting as late in the scene as you can so I wanted to start after he was a vampire when his mother-in-law moved in for eternity. I thought that was more fun. In the VAMPIRE MOB issue 2 I have a little 10-page mini comic that is the origin story of the main character. So this is him before he was a vampire and why he became a vampire. It was something I never shot before and I am writing the comic book and I go back to the legal pads from 2009 to 2010 and I’m going through and I am like Oh yeah, that thing! That’s where I’m going to go! And Boom! I just found a way to do it and it was literally a line that ended up in Season 1 that was something about doing the whole light at the end of the tunnel thing. And I am like What is in the tunnel? That was enough to just go.

I think when you are building a story your character has to want something, has obstacles and all of that stuff but I think you have to have fun making the character do stuff. It’s the old get your character in a tree and throw rocks at them. This should be fun for the audience, this should be fun for you. Like it’s drudgery…I never felt like it was drudgery when I was writing except for one screenplay because it wasn’t my idea…

Film Courage: From your time as a private investigator did you start to realize how important secrets are to what makes up a character? What drives people?

Joe: I guess. When I worked as a private investigator I had to call people pretending to be someone who didn’t exist, using a name that wasn’t mine, calling from a company that wasn’t real with a story that was completely made up so I could get information.

Joe: Social engineering. So that is a hard thing to teach someone how to do and I almost think it’s like you have to learn in the trenches. What I learned being a private investigator was…(Watch the video interview on Youtube here). 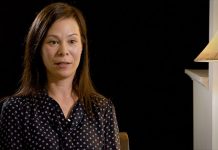 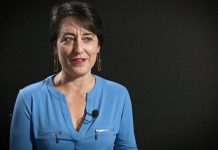