Film Courage: I have a William Goldman quote here “Screenplays are structure and that’s all they are.” Do you agree with this quote and why do you think so many screenwriters argue about structure?

Scott Myers, DePaul University Professor/Screenwriter/Creator Gointothestory.blcklst(dot)com: Well first of all…it’s hard to not agree with William Goldman who was arguably the dean of contemporary American screenwriters. I mean an amazing legacy and I never met him but people who had just said that he was the greatest guy.

And so the idea that screenplays are structure, there is a very real way in which that is true I think. Ultimately a screenplay is a pre-movie. It’s a template and a guide to make a movie and so there is a structural component just like that where it gets budgeted and they do everything that they have to do with their pre-production or production.

From a writing standpoint it’s also true because beginning, middle and end and subplot and all of that stuff too.

Why people argue about it? I think that a lot of it is people want or are inclined to think about screenplays at a surface level like page counts and act breaks and that sort of thing (stylistic thing). You can’t have any un-filmables or flashbacks or voiceover narration, weak writing. Because that puts the conversation in a realm where it is pretty easy and in reality to write a great script, it’s none of that. It’s all about immersing yourself in the lives of your characters and seeing what emerges from that process and that is not easy. And there is no golden parachute, secret way of doing that.

Characters are slippery and many of them are hard to know and figuring out the relationships and what they need and what they want, their conscious goal, unconscious goal, examining their personal history which is everything that has happened to them to find our their…(Watch the video interview on Youtube here). 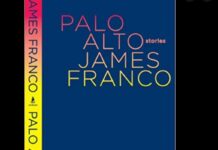 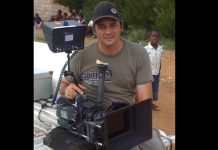