Film Courage: Why do you write?

Josh Healey, Writer/Producer/Comedian — The North Pole Show: Why do I write? Ooohhh…you’re asking the big questions. I write because I think otherwise I would go crazy (or crazier than I already am).

Josh: Yes, it’s a good crazy (mostly). Writing is a beautiful and also masochistic sport that like I love writing but it’s…it’s…let’s talk about the good stuff. I mean I write because I’ve got something to say. I write because there are things that I want to see that are different in the world. There’s things, there are characters, there’s people that I know and love whose stories deserve to be told, whose aren’t told in the mainstream media or Hollywood or even just the local press.

It’s like whose story is told? How is it told? Who are the heroes and s-heroes? Who are the villains? I just don’t feel…I want to complicate the narrative. I want to show a different perspective and I also want to have some fun.

For me writing is the way to be both as serious or as ridiculous as I am on a given day. And I want to show the breadth of who we are as people. I want to show you know there’s a quote by one of my heroes Bertolt Brecht, an old German, socialist, playwright and poet and he said “Art is not a mirror to hold up to society but a hammer with which to shape it.” And so for me writing, filmmaking (all of these things) are a way to not just provoke people’s ideas but to show a different idea of what is possible.

And in this country where we are so isolated or so individualistic, we’re so divided and put up against each other, where all of the struggles of American government, political corruption, racism (go down the list) let’s use art to show something different. And not to ignore the pain put to name the reality of this, these are the problems that are affecting people’s daily lives, but what could it look like if it was something a little different?…(Watch the video interview on Youtube here). 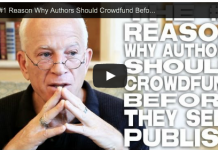