[EL CHICANO is in theaters May 3rd]

Film Courage: Ben, can you share some tips that Joe gave you not just about screenwriting in general, but about really pouring your heart into the script (putting your whole life into it)?

Ben Hernandez Bray, Writer/Director of EL CHICANO: One of the main ones I think Joe taught me is trust your instincts. That’s one of the biggest things as a writer and be true to the story, be true to yourself and put everything on paper or (now these days) on a laptop.

Film Courage: What was that process like for you [writing EL CHICANO]?

Ben: It was hard. It was tough because the story is so personal. It took a long time. This has been over 10 years so when you have something that is related to your family about losing a brother and for me also losing a daughter, every single one of these characters is someone that I grew up with was related to my family and also the neighborhood so it’s tough. It’s a process. I found myself at times even when I was writing the memoir after a few pages you get emotional. It’s really hard but you’ve got to work through it. And Joe was always there for me.

Joe Carnahan, Filmmaker: Yes. I think with any great friendship you develop a way of speaking to one another, a way of interacting and it’s like my brother and I, it’s the same thing. We have these kind of inside jokes that we’re laughing at that other people find obnoxious because they don’t know, you know what I mean? Because that shorthand doesn’t exist, they don’t understand. But there’s almost 20 years of knowing somebody and spending time with them, so there is that. And I think there is a likemindedness in Ben and I as artists. I think we enjoy…we’re striving for the same things. We don’t want these kind of artificial experiences. We wanted to make EL CHICANO not only something that was not only singular in its kind of vision but also in its unique sense of family, unique kind of emotional journey that the character goes on that we both thought was very necessary and that’s kind of what we strove for.

Film Courage: How usual or unusual is it for someone to spend 20 years behind the camera, then getting their chance to direct. Is this something that most people don’t realize about Hollywood?…(Watch the video interview on Youtube here). 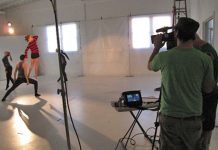 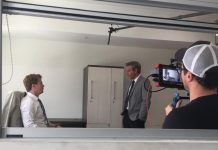 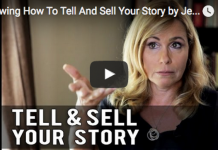