Film Courage: We will go back to another viewer-submitted question and this is from Wicked West Films (nice name by the way) “What advice would you give to a writer to make their stories stronger with more depth and meaning?” We kind of just talked about meaning a little bit…

Erik Bork, Screenwriter/Author: It’s going to sound kind of facile but it’s kind of like these seven elements, to kind of hit and explore each of those, is what makes things powerful. Like when you make sure that what you’re writing is a punishing problem, it is a universally relatable situation for your characters, there is something original, believable, the stakes are life-altering for the characters. All of that is what makes something powerful. You also want it to be entertaining and it’s going to mean something to people if you’re exploring something that is not just your surface story plot but is something that has some depth for the characters. It’s like if the characters feel something deeply and are going through something that the audience connects with emotionally it feels like they become bonded (like we talked about) with the character where they feel like it’s happening to me. What they are going through I feel like I’m experiencing it, that’s what really gives it a powerful impact.

But all these elements of story are all ways in which you achieve that because the bigger the problem is the more important it is to solve, the more the character is kind of under siege trying to solve it, the more you’re going to have a better chance of the audience connecting that way. So much of it has to do with your choice of idea and kind of the genre that it’s in and the basic premise of your story to make sure that you’re going to have the ability to have that powerful impact.

Film Courage: So this Save-The-Cat-Moment or this relatability, does this have to happen in the middle, toward the end, in the beginning? I mean even in SHARP OBJECTS there is just this small moment where Amy Adam’s character stops for this gentleman who is about to cross [in front of her car] and they have this quick exchange where she gestures to him to go ahead [and cross in front] and then he gestures for her to go ahead and then she nods (she’s not like stubborn about it where she’s like “Go! Go! Go!”). You see she’s like…okay, I trust her. I like her in that moment. But then there are other moments [further in the show] where you’re like “Hmmmm? I not quite sure about this person?” But that little moment right there (and it happens fairly soon) makes her relatable.

Erik: I think it does help classically in the beginning if you’re all about making the character be somebody that the audience can connect with in the very opening pages. So that can have them being a nice person like that but it can also be with them having a problems that we can instantly relate to and feel something about. So even if they’re not that nice…like in EIGHTH GRADE…she’s not necessarily so nice but she’s going through such terrible problems that most people can relate to that you can’t help but start to get emotionally connected. So for me it’s a combination of liability and the problem. The less likable they are, the more immediate, obvious and big the problems need to be for the audience to have something to grasp onto emotionally. When in doubt it’s also good to be likable but there are certainly some stories that succeed with characters that aren’t necessarily classically likable. But I can say it can be very counterproductive if your character starts the movie as kind of a jerk because you’re trying to arc them into a nicer person at the end. If they don’t have really massive problems they’re facing that make us relate despite them being a jerk it can be hard for the audience to want to engage and stay with in my opinion a character that is really just kind of unlikeable. It’s rare that can work, I’m not saying never, but it’s rare. And I do see a lot of scripts where that’s the choice the writer made to make the character unlikable to begin with because they are so focused on character arc. But it can undermine the story if they are so unlikable that we have no reason as an audience to really stay with them. It’s not as easy to get an audience to want to join you on that character’s journey as you might think. You kind of have to make them want to I think.

Question For The Viewers: Are you writing big enough problems for your characters? 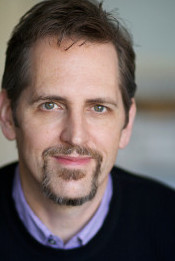 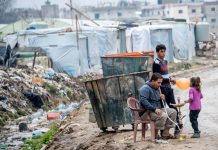