Film Courage: How much time today in 2018 do you dedicate to writing?

Gordy Hoffman, Founder/Judge of the Bluecat Screenplay Competition:  I don’t write in a disciplined way, in a timing thing, a certain hour of the day, every single day, Monday through Friday or anything like that. I’m one of those guys who writes in bunches and writes at certain times of the day. There are certain days that I don’t write. I wrote five pages this morning. I did not do that for the benefit of the Film Courage interview. I was just like yesterday I need to, I’m rewriting this thing and I’ve been going around and around with it and I’ve started really different approach on this script.

There are two projects that I’m working on right now both of them to direct and both of them have gone through a lot of different development and there are people involved, producers and stuff.

And I want to make one of them next year so I really need to…I found myself bored…getting really frustrated with this one thing and I’m at this point where I don’t know if I can figure this thing out and I was like You’ve got to hang in there. And I did and then I came in for a way to open it again. So I wrote a page on Friday. I had this idea for the opening so I wrote a page. And then today I wrote four more pages, so I’m on page 5 and then I sent it over to my staff (I send my pages in) and they kind of take a look at them and give me quick feedback to make sure I’m going in the right direction or something like that.

And then this afternoon I’m going to go to the other project where I’m outlining it because it’s a heist movie and so I have to do a lot of architecture stuff…It’s like Aarghh. Whereas this other thing is very much like a LOVE LIZA where there’s a protagonist and they’re on a mission kind of thing and it’s that kind of a piece. So it’s very much an extension of LOVE LIZA but in that structurally, that character arc kind of thing but I’ going to be directing it. 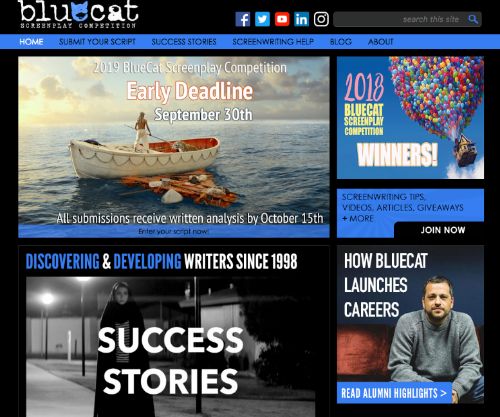 You mentioned getting bored and so when you get that signal that nothing is happening, what’s your process?

Gordy: You cannot abandon it. Every script…if you get bored with it, that means you’re actually getting somewhere with the movie. People are amateurs primarily because they can’t get through the professional period of hating what they are writing, bored, frustrated, looking at every page going I hate all these scenes. I’m like Ugh! There’s no magic here, I’m not enjoying myself, it’s not gratifying. So you have to suck it up and get through that period, you can’t go…Oh, I’m bored.

You are just going to go right back to where that point is again. There is a famous quote from Kurosawa about this that I look at this almost every single day (the quote) you should put it up with this video because people will probably ask about what it is but he talks about every script falling into despair and he uses the word despair. Despair is a strong word but it’s exactly what that is. It’s like I can’t figure this out, I don’t know how to figure this out, and I really want to start with this because this other thing, I know what to do with it, I’m going to start it, not knowing or not remembering that everything you write, you come to that place of despair.

The artist, the writer, the director, the actor (whatever) has to walk through that period of desert period of the creative process or they are not going to…or something will click. And that’s what happened is I hung in there with this one thing where I was like Oh my God? And then I came up with an image and then I got some input from somebody (just life experience) and I had some incident and I was like What if I move it and I started over there? And I do that? And then all the sudden I had an idea and I was like This is how it is. And I cracked my problem and I was like Okay, I’m back in the saddle. I’ve got this thing going. Now I can incorporate the other things I’ve been working on that I like but I got through that period of discouragement.

Film Courage: So when you know you’re in that boredom, that you have a ritual for?

Gordy: It’s not a ritual. A ritual is staying patient. People don’t have any patience. Corporate structures I think don’t allow for patience when they’re making studio pictures and stuff. When they announce a release date and the script is not done, well that’s counterintuitive actually because it’s like I’m going to show you this but I haven’t written it yet. That creates dysfunction. So that’s why I think a lot of bets are off and that’s why you have projects not really work out. You go to a movie, you go to the theater and you’re like What just happened in there? And it’s very difficult because it really eliminates the principle of patience because you’re not going to be like Well, let’s pump the brakes. This thing needs like 6 more months, I’ve got to figure this out. Can we move this release date back for a year and a half? And tell the Disney stockholders that the STAR WARS movie is not going to come out for 4 years because we want to make sure the script is good. That’s not going to work and that’s okay. It doesn’t mean that you can’t…I mean the guys who wrote CASABLANCA, you can write under duress and it can be successful. Having deadlines and structure is fine. But overall when you are stuck, having patience and being like Do not give up. Do not relent. Hang in there. And don’t change gears and I did and it was a couple of weeks and it was a little bit of time and I was kind of like No, no, no…Just keep hanging in there. And I was just like What can you do here? You have to hang in there. There is nothing palatable about working on this script at all. You want to start working on something else.

There are so many ideas that are so much sexier or attractive that you want to jump into but it’s like you can’t let go of this. You have to hang in there. So whatever the process is doesn’t matter. It’s just exhibiting patience and realizing if you hang in there the path is going to open up according to Kurosawa and then the path will open up and you’ll go Ahh! And a lightbulb will go off and that’s what’s happened with everything really.

Film Courage: APOCALYPSE NOW you don’t want it to become your HEARTS OF DARKNESS. Did you see the documentary? It’s excellent.

Gordy: Yes I did but I think if anything what Coppola was doing with APOCALYPSE NOW was having patience and hanging in there because a lot of places you want to give up but you have to fight, a lot of places where you have to fight through and maintaining that you have to tell the truth, I want to be original, I want to be compelling, I want to make imaginative choices because to get through the darkness. You’re bored or you’re stuck because you’re not giving up and you’re not compromising. You’re not saying Well, let’s just shoot it anyways. It’s good enough. It’s already done. Let’s just do it. It’s good enough. It doesn’t have to be perfect.

I had a filmmaker say to me once Gordy, it doesn’t have to be perfect. And it’s like You’re right. It’s never going to be perfect. But what it’s implying is a little bit of disregard of Who cares? If you know something is kind of crap, or it’s not believable or it’s not logical or it’s not vulnerable or it isn’t clear or whatever. If you’re aware of problems but you’re like Well, who cares? Then you’re not going to make someone’s favorite movie that way. 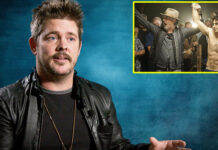 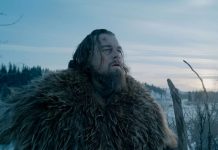