Film Courage: Switching gears a bit, have you ever not taken on a project and if so, for what reasons?

Wendy Kram, owner of Wendy’s LA4hire: All the time. I mean most of the time and that’s the fact of what most writers are faced with is that it is a game of mostly rejections.

I know as producer I feel like if I wind up optioning a project, writers would beat a lot of odds to have someone decide they want to option the project. I then have to go and sell it.

I had a project once where it took me a year and I sent it to every single network and this was during the time when you had to wait, the protocol was you couldn’t take it somewhere else until you heard back. Today you can do multiple submissions, but that was the protocol back then. And it was the last network that I took it to and the head of the network who was very well-respected industry individual, the executive showed us his comment.

“I know an agent who once said, All it takes is one Yes”

What they do would do was the executives every month they would gather the top tiers of the projects that they’ve read and liked and they would give it to their boss. He would read it over the weekend. Our’s came back and we had been rejected like 12 places, but I always knew it was a good story and the rejections were It just doesn’t fit into our mandate. We’re not doing this kind of story right now. And anyway he wrote in the margin This is a good story.

So I know an agent who once said that All it takes is one yes.

Now it’s also a fine balance if you’re getting No…No…No…No..No consistently with feedback. Like the feedback that I was getting wasn’t This isn’t a good story. It was This isn’t the right project for us right now. Or We have something similar to this.

If you’re getting feedback where someone says and I’ve heard this quite a bit I like the concept. I didn’t love the execution. And I can elaborate on that. Or I really liked the concept, but I didn’t love the protagonist. I didn’t feel that character was developed enough. And that’s why I’m very tenacious when working with writers before taking it out because I know what the odds are, I mean obviously a lot of writers know the odds but I see writers say I see stuff get made all the time that’s not very good. We don’t know the circumstances of how and why that project got made. If it went through too many revisions and lost its center. If it went through different regime changes. Nobody starts out trying to make a bad movie…with exception to one that takes pride in it and it’s been a huge hit and a cult hit because there are two movies (I can reference one) THE DISASTER ARTIST…well but even that guy didn’t start out to make a bad movie and it obviously began a cult following because of its uniqueness that way.

But when people say There are writers who get stuff made that are not very good, I feel that’s such a poor model to even reference. So should that be your model? Well, my movie doesn’t have to be perfect. I don’t care if it’s that great. Other peoples’ can get made. No, my feeling is that you need to make sure that it’s the absolutely best level it can be and if you do get consistent feedback where people are saying I’m just not loving the character enough, then I think you need to go back to your script and then talk to your buddies in the industry whose opinions you respect and say Do me a favor. Will you take a look at this again and let me know maybe what I can make better? Maybe go in to workshop it? Definitely do the research to see…I think there are some workshops that are better than others. And you can do your due diligence by talking to other writers who have maybe taken a particular workshop, what they’ve gotten out of it, what the results have been like and/or of course worked with the script consultant, other industry colleagues. Like I mentioned if you’re just starting out you may know assistants who work for agents or production companies or studios and have them read it and give you feedback.

Question For The Viewers: What was the worst movie you’ve seen made this year? Why did it get made? 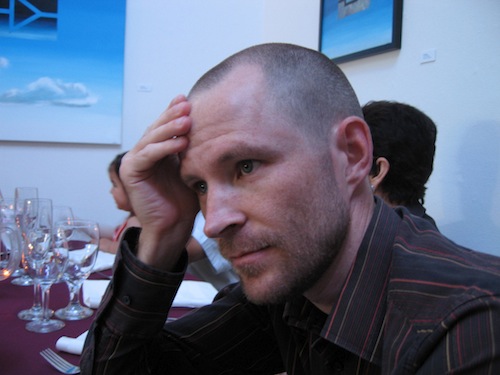 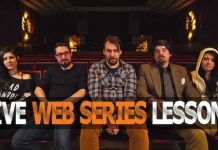 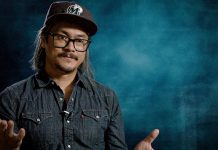