Film Courage: I know you talked previously off-camera about how you will go back over something fairly soon but when first writing, creating this world, how much are you getting into the details of the characters and thinking about their backstory? Or are you just putting out a structure (I know you don’t outline) of the story? How much are you paying attention to certain things? Or are you just getting words out first?

Shawn Christensen, co-writer/director of THE VANISHING OF SIDNEY HALL:  Well, it depends on which script. It depends on where the story is coming from. Generally speaking I don’t have a backstory beyond a sentence or two. I don’t know what they were like in 6th grade or anything like that. I just kind of take from people in real life or combine people in real life or think of people I know. And again, I just balance these characters off each other knowing that this one is sort of feisty and this one is sort of mellow and this one is sort of this and then you can add on the second or the third adjective sort of as you go. But I think in the beginning if I’m going to introduce a character that I’ve never written in my life and I say Joe, 25, persistent…I don’t know, I’ll say two adjectives and then I’ll just move forward, that’s it. It’s real, real quick. And then I don’t necessarily have to deliver on those adjectives if I feel like it’s going in another direction, maybe he’s not persistent? Maybe he’s lackluster? Maybe he’s lazy? I don’t know. I have to write him out a little bit. I have to let him talk in order to know. But the dynamic between characters is important and the chemistry, so I always start there, that’s where I start. And the story and the concept that I have is like a sentence. It’s not an outline. That’s not detailed or in-depth.

The first draft will be detailed to the extent it needs to be in order to be concise, to the point, and not dragging anywhere where we don’t need to be in particularly in the action.

So when we enter this room, am I going to tell you that it’s got blue walls and a couch? No. Because the characters are more important and the room is for the director, it’s not my job, I’m screenwriter. The room is for the director to decide. If you’re the director and the screenwriter, great or whatever but people respond to characters first and foremost. And so that’s just really the most detailed part of my screenplay. I would say is the action is the briefest part of my script.

Question For The Viewers: Do you write backstories for the characters you create? 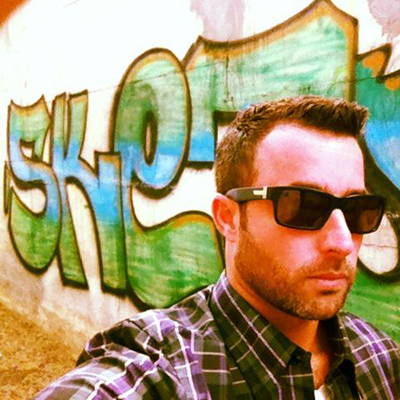