Film Courage: Something you said triggered a question I have further down on my list but I’ll bump it up and that was you were referring to the music video of the film which you made while you were in law school and then I watched a video where you say when a book turns into a film, then a game and then a comic book, that’s not transmedia, it’s multimedia.  So can we discuss how many people think that this is transmedia and dispel some of the myths?

Houston Howard:  Yeah. So especially in the 1980’s we had this boom of the multimedia franchise.  And multimedia is the same story that is adapted across multiple mediums.  You know, the book becomes the movie, that movies become the graphic novel, that graphic novel becomes the video game.  It’s basically the same story and the same plot over and over and over again, just expressed through multiple mediums.

That’s a different process but it was birthed out of the necessity of the marketplace.  Having grown up in the 1980’s and the 1990’s, the multimedia franchise was fine because what else are you going to do?  We didn’t have the 8,000 different entertainment options that we have today.  It was very limited.  And so consumers and audiences were okay with just experiencing the same story over and over and over again because there were very limited amounts of options.  Today, we now have 8,000 television channels, we have cable, satellite, network, Netflix, Hulu, Amazon.  We have millions of Youtube videos.  We have access to every TV show ever made, every movie ever made, every book ever written.  We have millions of mobile games that are available in our pocket anytime we want.  And so now when we can entertain ourselves with anything that we want, the marketplace has been going for new stuff rather than repurpose content.  So if you give a consumer the option of a video game where you already know the story and a video game where you don’t know the story, now they’re opting for the new story.  They’re opting for the new book.  They’re opting for the new movie because they just don’t want to repurpose the same thing over and over and over again.

So when audiences demand new, new, new, you have to figure out how to continually give them a new story rather than repurpose story which then has created this really interesting opportunity in the marketplace but at the same time, obstacle in the marketplace because now we have to figure out how to continually tell new stories because the multimedia franchise just isn’t performing the way that it used to perform.  And so just like any good capitalistic system, the market is the one that pushes toward change and that’s what we’ve seen over the past ten years.

Question for the Viewers:  What are the first three places you go to consume media / stories before you go anywhere else? 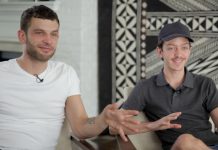 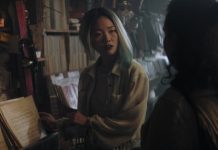 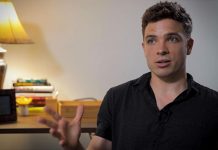 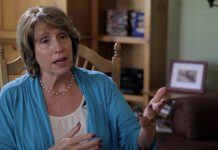