Film Courage: We’re curious what you would recommend to beginning writers on trying to present their first screenplay or protect their work. What are some of the few things you recommend?

Howard A. Rodman: First thing I recommend to beginning writers is that the only way that I absolutely guarantee that you will not have a career as a writer is to quit. So what I recommend to beginning writers is, real simple, real basic, is that you write every day in terms of getting our work out there in the world. If you’re shy or a shoegazer, you have to be aggressive on behalf of your work and get it into the hands of anyone who might conceivably read it, as painful and humiliating as that process is.

In terms of protecting your work you should absolutely copyright it. Put the C in the circle. Get the form from the U.S. Copyright Office. The forms are online. It’s really simple. And also register with the Writer’s Guild. The two give very complimentary protections for work for new people.

Film Courage: You are a writer, as well? You’ve written screenplays? Can you share with us the first film that inspired you to want to write?

Howard A. Rodman: I’m a writer. See the calluses [holds up his hands to the camera]. And there are so many films that inspired me to want to write that to pick one I think would be crazy. But I think I remember there is a scene at the opening of an old Film Noir boxing movie called BODY AND SOUL, I believe written by Abraham Lincoln Polonsky, Directed by Robert Rossen. And there is a boxer, a very proud, sort of first generation, scrappy immigrant boxer played by John Garfield and the mob boss is offering him a lot of money not to win the fight. All the money has been bet the other way. And John Garfield starts talking about his pride and his morals and the ethics of throwing a fight and the mob boss turns to him and says “There is addition. There is subtraction. The rest is conversation.” And I just thought “Wow! If I could just like write one of those!” And I think for many of us we start reading books and watching movies because somebody has built a world and we can just hide in that world for awhile and then you realize. “Oh, wait! I could build me own sort of purpose-built world that would really fit me.” And so the transition from movie going to reading to writing I think for many of us is just a slow descent into the pit.

Howard A. Rodman: I never had any thoughts like that. I spent well over a decade writing unpublishable novels before I transitioned to writing unproduceable screenplays. So I was under no illusion. I just started having ideas that were movies that weren’t quite books. And the first of those screenplays that I wrote still has not been produced but I’ve gotten tons and tons of work off of it. It’s like of course “We can’t do this because it’s too weird, BUT maybe you can do that?” And so I don’t think I ever really expected frankly that anything I wrote would ever be filmed. And when things I write do get filmed, it just strikes me as sort of the bonus rounds in a pinball game. It’s sort of unexpected and really lovely.

Film Courage: Wrapping up here. I know you have to go. Wondering what you see as the most common mistakes or somethings new writers should be weary of regarding formatting, structure, things like that?

Howard A. Rodman: I would tell beginning writers not to worry too much about about formatting and structure. In terms of formatting there are many really good software programs and some of them you can get for free and so let them worry about the formatting. In terms of the structure, I think you can’t say “My God! My first act didn’t end on page 29. I’m a bad writer” if you find real living characters through telling a story that only you can tell or write about a place in the world that you know better than anybody else, just let the story tell itself, or let the characters tell the story and the rest will fall into place.

Film Courage: So in other words, for lack of a better term, get the vomit draft, please excuse my crass analogy, but get that out and worry about all the other things later?

Howard A. Rodman: No, I wouldn’t even say that. I would say…I was the editor-in-chief of my college newspaper. And there is a big sign in the newspaper office underneath this huge clock, that had a blood red second hand and the sign said “This is a daily, not a weekly.” And whenever we were there past midnight the managing editor would put up another sign that would say “Don’t get it right, get it written.” And I would say the same thing to anyone starting out writing and to people who have been writing all of their lives.

Film Courage: I love it! Thank you! 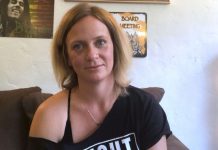 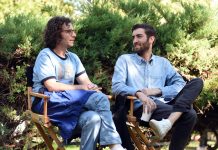 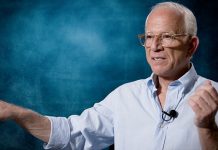