Film Courage:  How much time do you spend outlining a story.  I know you’d talked about a friend who had this really long outline.  Do you keep it to one page?

Jeffrey Reddick:  I usually do like two or three pages. I do a super rough outline and I’ll just flush it out a little bit more and then try to write the script after that.  Because I find that most of the fun stuff comes when I writing.  So I definitely try to have everything planned out as far as this is what is going to happen in the story and these are the characters and they are going to make it to the end and I try to plot all that stuff out.  But sometimes I leave stuff open because when you are writing it, all of the sudden you will get inspired by some fun stuff.

Film Courage:  How did you get better at writing?  Was it through the notes that you got when you were let’s say being age 16 and writing something versus now.  What do you think was the main thing to really get you better at it, to really improve your craft?

Jeffrey Reddick:  I think it was reading scripts and also that (which you learn to turn into a positive) is that insecure feeling that you have…and I hear people talking about this all the time that actors or whatever…the way they always word it is that someday somebody is going to realize that they were a fraud and that they are not really that good whether they are an actor or a writer.  And I think people that get better and better are people that have that thing in them where they are worried that they are not good enough yet so they…(Watch the video interview on Youtube here). 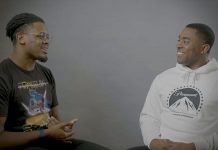 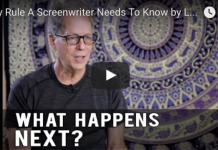