Film Courage: When you’re thinking about an idea, how important is it for you to think about the budget or are you not even entertaining this just yet?

Sean Reid, Producer: I don’t really entertain that when I’m trying to imagine a story or think about what I’m going to do in that sense. I try to let it be what it’s going to be and then try to figure out how to do it. I think that’s the only way to really do it because if not you’re I think you can and people do and I’m around people who do it all the time and we’ve done it. I’ve done it where you have these certain amount of resources and you do it for that and yes you can reverse engineer and kind of put yourself into it but I think that this type of exercise or this type of thought process where it’s kind of coming more internally being broken down to your taste has more potential to have a sustaining sustaining feeling that you can get from a project that will sustain you through making it whether you have to make it on your own or you are going to get 5 or 10 or 20 or 30 or 100 million dollars to make it because we know there are stories of all kinds of movies that have taken many, many years for producers to get done so the most important thing is for them to be passionate about it and care about it and want to see it go all the way through especially when you’re we’re talking through this type of process anyway.

Film Courage: I don’t know if we have a title for this yet but I love the two cards that you’ve chosen. Maybe we can call it the Untitled Sean Reid Project? 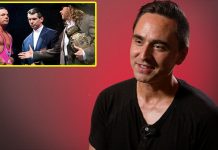 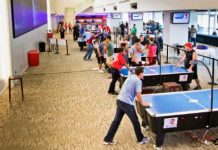