Pete Chatmon, Director/Podcaster/Author: It was all very methodical. It was I want to create but then how do I get there?

Film Courage: If you had gotten into TV directing right out of Sundance, do you think you’d still be directing today?

Pete: No, I don’t. I think if I got into television directing right out of Sundance, I would have made too many mistakes to build a career. I think that the first thing being TV and Film, they’re two different mediums clearly, but making a film whether you subscribe to the auteur theory or not, it’s the director’s medium. Television is the writer’s medium. If you don’t understand that, you’re not going to fare well. I think that over the 17 years that we’ve identified between Sundance and my first job, I did a lot of branded content, I did some commercial work where I learned that the product, it’s the products medium, it’s the agencies medium and the brands medium. Learning that was something that I could take to television and understand I’m going to have ideas here, I’m going to have pitches or interpretations of a scene or a script that may not align with what the showrunner wants and that’s fine. I won’t go into my shell and say WellI’m not offering any more ideas because you don’t like them. I know that there are things that I’m not aware of because I’m seeing Episode 208 and that this is going to end in Season 5 in a particular way and that great idea I have doesn’t complement what you’re doing. So understanding that reality and how to finesse the relationship dynamics that come with that…(Watch the video interview on Youtube here). 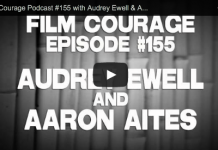 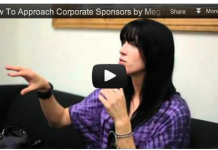