J. Horton, Filmmaker/Youtuber/Podcaster: I would be working, doing a shoot and we’d finish at three or four in the morning and then at about six in the morning I’d be at Starbucks You want foam on your latte?

Film Courage: We had this comment come in on our Youtube channel the other day and I want to read it for you. You’re welcome to jump in at any time. It goes:

[Commenter] I made my first and only 16-millimeter feature film in 1997 that cost me around $50,000 that I paid for out of my own pocket, used credit cards and borrowed money from my parents. However, unlike [Robert] Rodriguez and [Kevin] Smith my film was a complete and total failure. I wasn’t accepted into any film festivals and wasn’t able to get any sort of distribution. This cost me financially including my future in having a career as a filmmaker and 25 years later I’m still dealing with the debt and financial instability from it. $50,000 is a lot of money for most people let alone 5 million for a film. The reality for myself and I know there are other aspiring filmmakers who’ve gone down the same path like I did that. You’ve only have got one shot and if you fail both financially and commercially, no one is going to invest in you or another film because why would they? No one invests in failed filmmakers.

J.: Here’s what I’ll say to that. I know where he’s coming from but he’s also coming from a completely different time. In 1997 shooting on film, yes that probably did cost a minimum of 50 grand to get something in the can. But today it doesn’t cost that much to make. It doesn’t have to cost that much to make a feature film and when we set ourselves up that Hey, I’ve got one shot…(Watch the video interview on Youtube here). 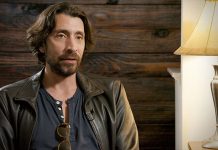 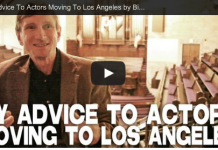 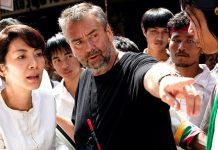