Chris Gore, Founder/Owner of FilmThreat/Author/Filmmaker: What’s interesting is how much impact a great movie villain will have with so little screen time.

Film Courage: When you think about villains, who are the characters who come to mind?

Chris: I would say the greatest villain in movie history is Darth Vader. That would be a great villain that comes to mind. Hans Gruber in Die Hard, I think is also an incredible villain. I mean here is what is interesting, villains tend to always be more interesting than the protagonist (than the hero).

Chris: I think the reason that villains are much more interesting and much more popular than the heroes is (and I’m sorry to say this) I think they’re relatable because they speak to a darker version of ourselves that exists in all of us that we resist. The villain is caught up in at least not necessarily the villain but as an audience member we’re caught up in the Oh well, you know I’d never do that but I guess Darth Vader would do this thing that I would never do, right? It’s always a battle internally over morality and I think what makes villains interesting (especially really well-crafted villains) is that they don’t think what they’re doing is wrong from their perspective. From the villain’s point of view they’re right. There’s a reason that there is the term Thanos was right. Thanos’s mission was to set the galaxy right and wipe out half of all life in the galaxy so that other life could thrive. There’s a lot of logic that doesn’t quite work in the Marvel Avengers series that Thanos ended up being the main villain of but people look at that and say Well he has…(Watch the video interview on Youtube here). 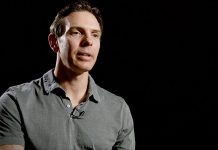