Film Courage: We joked off-camera that if sometimes you see a boom mic in a movie it’s not the end of the world and it’s almost endearing because you feel some kind of kinship.

Brad Sykes, Writer/Director: For me it’s not something I would want in my own films and it’s not necessarily something I am looking for in movies but if I see it, it doesn’t bother me the way it bothers some people. Like some people I feel like they watch a movie just to look for little mistakes whatever that might be in the film and I am the opposite of that as a viewer. I want to be involved in the movie. I want to be lost in the world of the movie…(Watch the video interview on Youtube here). 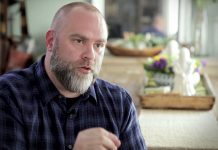 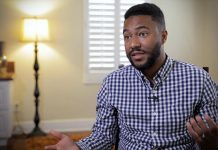 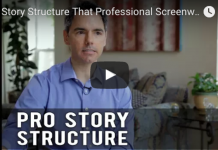