Film Courage: If you were going to teach an impromptu film class, what five movies would you require the students watch?

Filmmaker, Geoff Ryan: Five movies I would have them watch, the first one I’ve already mentioned is SAMSARA, just the most pure, perfect form of filmmaking. That film I saw four times in the theater and it made me cry every time at the end. It’s one of the most powerful films I’ve ever seen and there’s not a word of dialogue or narration. It’s literally images, music and profound storytelling.

Steve McQueen’s HUNGER. I remember walking out of HUNGER being both mind blown and depressed because I realize I’ll never make a film nearly as good. But McQueen’s ability to make the most visceral, exhausting, brutal movie that is composed of long takes and almost no speaking is just breathtaking…(Watch the video interview on Youtube here). 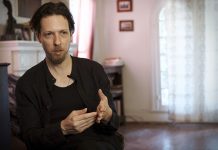 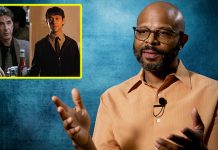