Film Courage: How do you keep an audience guessing with plot twists and reveals?

Phillip G. Carroll, Jr., Writer/Director: When I was working on THE HONEYMOON PHASE had this mindset of the film, it’s like the Hot Wheel car track where…maybe this is because I grew up with Hot Wheel cars…where on the track for the Hot Wheel cars there are these little spinning motors that will push the car further. It goes down the hill, it reaches the bottom, it reaches a part where naturally the gravity would stop the car because it would run to the end of the track, then there would be a motor that would push it along further and throughout the track there would be all of these motors that eventually where it needed to go next. To me that’s kind of a good analogy for a script where you have these key scenes in the story which are your motors that push the story further, so like the attention grabbing moments because a lot of points of your story are where your characters are doing things that on a surface level maybe aren’t the most entertaining things to watch but are important to the story but you need these motors to keep the audience guessing and keep them engaged.

In HONEYMOON PHASE throughout the story when I was outlining I would pick points where I was like I think we need a motor here and then come up with a twist or something that made sense within the realm of the film to keep the audience guessing. You would do that by thinking about the characters and where they are in that point of the story and what their belief is in their present world and then how do you flip that on its head by making them question their own reality? This is a psychological thriller so I guess that is why some of that terminology is coming into play there but the Hot Wheel track is kind of how I view a story.

Film Courage: And so the loop [of the car track], that would be toward then end?

Phil: That would be the big twists. I think that would be a very Hollywood way of thinking about it where a lot of blockbuster films have their set-piecemoments…(Watch the video interview on Youtube here).

CONNECT WITH ‘THE HONEYMOON PHASE’ 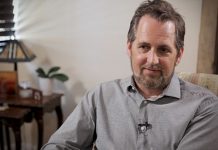 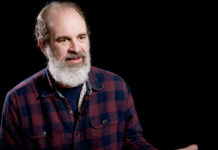 3 Reasons Why Filmmakers Should Hire A Producer’s Rep – Glen... 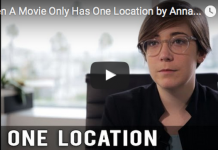