Film Courage: What are your thoughts on Hollywood stealing an unknown writer’s idea? Does this happen a lot?

Mark Sanderson, Screenwriter/Author: I think it happens a lot less than people believe because my writing partner and I used to say we’d make more money off of the lawsuit than we would on the screenplay, you know? Go ahead and steal. It would be such a pleasure for you to steal our idea that it means it’s something good.

Writers ask me Okay, what is this process of copyright before I let anybody read it? I was like Okay, you can copyright the script. It takes a process, it’s money or you can register at the guild. Or some say that by the mere existence of creating it, it’s a copyright so there are all sorts of factors but what I’ve read is that the copyright would protect you more in court. But the thing of that is you never own a copyright of a screenplay because the minute you sell it it becomes a work for hire. So you always have to sign over your rights to the company so that was given away a long time ago in guild negotiations that the writer never owns the copy of the script. So it’s okay to do that but when you see on the cover Registered WGAW #126555, that’s just a giveaway of like an amateur that is afraid of my stuff being stolen, you know what I mean? No professional writes that on the cover of a script.

I think professionals expect you to…(Watch the video interview on Youtube here). 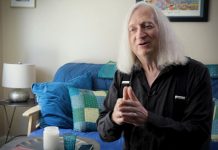 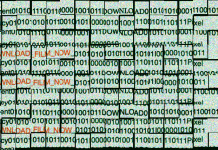 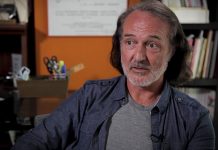