Lawrence Sher, ASC, Cinematographer: Yeah, that’s a Todd [Phillips] thing. I just love saying it. I remember him saying it ages ago (like three movies ago). I just love it, it’s such a great expression because we talked about someone we both worked with who was super scientific about the way he would edit a movie and the way he would treat even jokes and it was like if the joke worked, it would get made in the movie. It was where you were trying to turn filmmaking into math that I think Todd was like we can’t — 1 plus 1 doesn’t equal two. It’s just something different. You want 1 plus one frankly to equal three. You want something greater than the sum of its parts and there is an intangible that is a missing one. That intangible is the thing that is like the jazz. It is being super present when you are making a movie and watching everybody else move, which is what jazz is, right? When jazz starts it doesn’t know where it’s going, it doesn’t know where it ends and everybody has to really be in sync and watch each other and find their own place within the song.

It’s amazing when you watch them. Like one guy takes over and suddenly has like a little solo on the drums and then it switches back to all four pieces working together and then now suddenly the trumpet has a solo. All in ways that everyone has a place to shine but you’re working as a group and the fact that you don’t really know where it’s going I think is…(Watch the video interview on Youtube here). 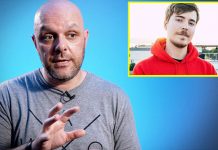 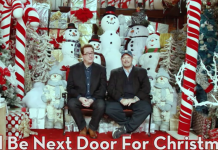 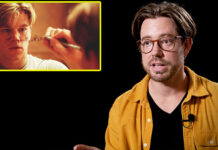 Every Screenplay Starts With A Number – P.M. Lipscomb 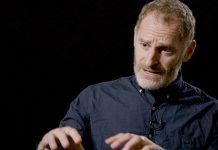