Callan McAuliffe, Actor: My thing is so far as now the greatest leap character wise that I’ve had to accomplish is putting on an American accent just because that’s the farthest from me that any one of my characters has been.

I haven’t yet had to play anyone with a very specific a documented mental handicap or some quirky trait or something like that so the level of study that I’ve had to submit myself to has not required that much of me of the day.

So I get up and I go to set and I’ll just have fun and joke around with everyone on set until they say Alright, we’re about to film. And then I’ll look at my lines and I’ll know what to do because it’s there for me, it’s written. I have a pretty spontaneous approach to it I guess.

Film Courage: Well it works! For your role as Alex [in ANONYMOUS, Directed by Akan Satayev. Written and Produced Sanzhar Sultan] you played a Canadian. I would not have thought you were Australian from listening to Alex speak. So you do an incredibly convincing job. How do you do this? What is your advice to other actors who on non-US natives in perfecting this?

Callan: Learn an American accent. Just do it because there are so many Australians I know who come over and I’ll talk to them and I’ll say Do you got your American accent down? And they’ll say Oh…no…no…no but I’ll get to that eventually.

But yes, it was really natural. I don’t deserve any credit for it if it is convincing. I’ve been here for six years and I’ve ought to have it down by now. But I think I had it down when I first moved here because in Australia and I’ve made the joke before but I honestly think it’s because I grew up slightly racist (in a slightly racist Australian environment) because we make fun of everyone. So I was growing up doing Indian, Scottish, Irish, American accents…(Watch the video interview on Youtube here). 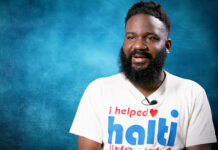