Film Courage: Were your parents encouraging of you being in the entertainment industry?

Rachel K. Ofori, Producer: My parents were not at all encouraging to the industry. They were adamantly “no.” I’m a child of foreigners (immigrants from Jamaica). My dad and came to this country with a very specific dream to make a better opportunity for himself of course and his children. So he came here and not too long later he had me and my brothers. So you get a job, you get benefits, you build the American dream that he had in his mind of what it is.

I grew up here and saw other dreams in America that could be accomplished. I had a totally different idea of that and also I’m the kind of I guess the unconventional one in the family when it comes to structure. So I was just always that problem child, would not follow this beaten path… like Okay, stay here and I’m like What’s over there? So, no they were not supportive. Now they’re very supportive. I would encourage anyone dealing with that where family is maybe causing an extra layer of stress because they don’t agree or believe in what your your dreams are, it’s okay. I think a really good book for that it’s called The Dream Giver: Following Your God-Given Destiny (Author Bruce Wilkinson) it goes on a journey and the person experiences a lot of that. It shows you that’s fine, they’re just not going to understand this moment. But they’re not coming from a negative space.

I think if someone told me that early on, it would have been so much easier just to say I respect your opinion and then continue to move rather than Why so hateful towards me? Why won’t they like respect and support my dreams? It’s okay, they’re worried about you, they care about you, they know what’s best for you in their own limited way. So it’s okay if you saw another way, it’s okay if you see an expanded way. But respect their disagreement and then go about your way with the confidence that what you have in you (that dream) was put there with a purpose and you’re going…(Watch the video interview on Youtube here). 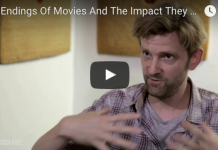