Film Courage: Where does the creation of a great story begin?

Scott Myers, Screenwriter/Creator of Gointothestory.blcklst.com:I think it varies from story to story, from writer to writer.

I’ve interviewed so many of them. Some of them start with a theme. I don’t do that. A central theme of a story will emerge over time. But some people start off with a thematic point of view.

A lot of people start that I’ve interviewed (and this is more where I’m at), they start off with a character or characters. I think that works because if the character is interesting and you can mine that, then that’s where people can find those points of connection. Some start off with a story concept.

I do this thing on my blog [Gointothestory.blcklst.com]. I’ve done it now ten straight years called The Story Idea Each Day For A Month.

Like I just heard this on the way over. This is amazing. So a guy is at…(Watch the video interview on Youtube here). 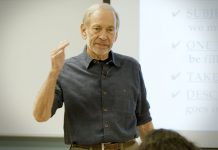 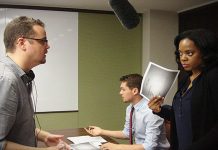