Flavio Alves, Writer/Director of THE GARDEN LEFT BEHIND: As an independent filmmaker, I’m always trying to find a way to survive in this business. As we speak the way people fund their film and the landscape is shifting all of the time so we have to reinvent ourselves and create different ways to fundraise.

I have done in the past several Kickstarter and Indiegogo [campaigns]. Those platforms have been saturated with people trying to fund their films. Then I realized I should create a new mechanism to fund my films.

I used eBay to sell old items from my previous film. After posting those items online in July I realized they went pretty quickly and then I thought I could sell everything I had in my closet.

Roy Wol, Producer of THE GARDEN LEFT BEHIND: Flavio came up with the idea that it would work and I wanted to try it out with him which is why I called it eBayMyFilm.com…(Watch the video interview on Youtube here).

I Have A Great Movie Idea But I Don’t Want To... 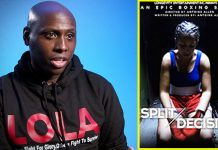 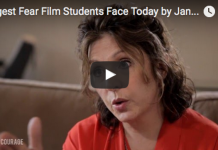