Film Courage: Do you have any creative regrets? Like a film idea not followed?

Jack Perez, Filmmaker: Well, I think my biggest regret would be not making the movie I’m trying to make right now. SEARCH & RESCUE has been percolating for at least 7 or 8 years, if not longer. It’s a movie that I feel like I should have made a long time ago. But I was sort of scared for a lot of reasons. I didn’t think I could handle another disappointment if it didn’t happen because obviously anybody who has…I remember hearing John Boorman say once and it was really interesting and I totally got it (he said it in a very bitter moment), he says This business is all about the movies you didn’t get to make. And I was like Really? He made like a lot of really cool…I mean DELIVERANCE, EXCALIBUR, HOPE AND GLORY, and you’re being bitter? But for every filmmaker there are all those pictures that didn’t happen, which is the nature of the business. But in the case of SEARCH & RESCUE that was a movie that I always knew was going to be independent. I knew that the movie couldn’t really be produced traditionally anyway. Because I was so fed up with the way Hollywood works and I realize that this was something I had to do truly independently. But it took me awhile to muster up the courage to do it. And so I think my biggest regret would be if I didn’t follow through with this movie (which now we’re in the early stages of it), I don’t think it’s a fear. It’s just I’m pushing myself from behind to make this happen so I don’t make those regrets.

Jack: I think it goes back to what you were talking about timing wise in my life. I feel like this is the right time. I’ve reached a stage (and it’s been several years now) the movies that I was making for hire just were not…just didn’t sit right with me. I felt like I was spinning my wheels or worse, wasting my time. I just felt like yeah I can make a shi*tty sci-fi movie, but that’s what it is and I think we’ve talked about this before, I think all filmmakers are heroin addicts in a way (not literally, although some are) in the sense that you’re a junkie for just the process of making the film.

And so it’s hard enough to get anything made. So even if someone says they’re going to offer you three bucks to make a movie for a channel, do you want to do it? My first instinct was always like Yes! Because there was always that needle-in-the-arm we can make a movie! But the box that this kind of movie gets made in only allows for a certain type of movie to result no matter what you do. I always have this delusion that I’ll bring something more to what is usually expected of a low-budget exploitation movie. And in the end there may be little hits here and there of individuality and a pinch more intelligence. But in the end it is what it is.

So then you’ve spent an enormous amount of time and energy on something that is essentially inconsequential unless I was happy being that. But I always felt like I was wrestling with identity issues. What did I want to be? Did I want to be a professional Hollywood director? Did I want that? Or did I also want to be someone who made movies that mattered to me personally?

And when I really did the math and looked at the films that I had the good fortune to make over the years (good or bad) I looked at, I was most satisfied (I was most myself) when I was making some really small movies where I didn’t have to deal with the b*llsh*t of Hollywood, or people telling me to recut it or cut this storyline or put this music in or whatever. Nobody monkeyed with it and even though I wasn’t getting paid anything sometimes, that was where I felt I was home creatively. So I got to the point where this is where I need to be if I’m going to be honest with myself or I can keep pulling myself in these different directions and allowing myself to be like if I make this other thing, yeah it’s okay, it’s good. But there was a part of me that was telling me you kind of need to go back to your early ideas, your earliest films and that’s where you were happiest, right?

I had a really good spike with SOME GUY WHO KILLS PEOPLE that was like an accident where this present dropped out of the sky. The timing was just if you stay at the slot machine long enough something good will happen. Well something managed to drop that I happened to connect with and I was super lucky to get that job. But I didn’t create that. I didn’t self-create that, that was just really perfect timing. And I can’t allow myself to hope that something else is just going to drop from the sky. I’ve kind of got to put it on the line and make the thing myself.

Film Courage: You talked about the addiction part and I’ve probably mentioned this a gazzilion times in previous Film Courage interviews but it’s the subject of your levels are blown out.

So the filmmaker Sebastian Junger, he made RESTREPO with Tim Hetherington and he talked about men that go to battle, sometimes they keep going back because going to the family barbecue [is not exciting enough], the level of adrenaline rush that you’re used to is no longer there [for something so simple], your levels are blown out. So I would imagine that this is similar for someone who has been on stage doing stand-up or music and filmmaking as well?

Jack: I agree. I think that it’s like you’ve gotten this taste of a certain energy when you make a film (even if you’ve only made one film. Even if you’ve just made a short). I tell this to my students, if you make a student film and you get this rush that you’ve never felt before and you really want that rush again and that’s what motivates you, then you know you’re a real filmmaker. And if you can get that rush anywhere else, then PLEASE do it because it’s so much easier.

So I think that when you’ve made a few films and you know what that high is, then you crave that high and it’s very difficult to be satisfied with not making the film. I mean I think that’s really what it boils down to. Most filmmakers are not satisfied when they’re not making a film, so you spend a lot of time in-between hustling to try to find a way to get to that high again, just like a soldier mysteriously, objectively it sounds crazy, why would you want to go back?

If you listen to the opening of APOCALYPSE NOW, the narration is that When I was here, I wanted to be there. And when I was home all I wanted to be was back in the jungle. And it’s a heavy attraction or addiction.

Question For The Viewers? Do you have a film you regret not making?

WHY WE ARE MAKING THIS FILM 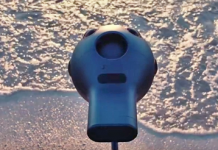