Film Courage: I’d love to hear your thoughts on risk and failure?

Tosca Musk: Wheew! Yeah, thoughts on risk and failure. I think both are vital. So I think you should continue to risk and you will fail and when you do, you have to get back up and you have to try again because that’s the only way that you are going to succeed.

And true failure is when you don’t get back up afterward. So failure is not continuing. Failure is giving up. So there is no option to fail.

Film Courage: So with failure do you think it becomes like a muscle, say almost like stage fright, where you go to Toastmasters or something and you get better at it. So with failure you’re maybe okay with it more [often]? You’ve developed tougher skin? Because I’ve seen it in reverse where failure really guts people and they don’t get back up.

Tosca Musk: Well, as I said, failure to me really is not getting back up. So that is ultimate failure. Getting back up and continuing to do something again, trying again, coming up with another idea, another solution, is moving forward. And that is risky and it’s hard and painful sometimes. But if you don’t get up and do it again, then you’ve failed. So there are a lot of examples of people who have gotten up and tried again. But most of the people who are successful and have gotten up and tried again and continue to try again and fail and if they fail again, continue to try again and that means that they haven’t failed.

Film Courage: City of Los Angeles, you say that a lot of people who come here are risk takers? Do you feel that you were a risk taker when you came [to LA]?

Tosca Musk: Did I say that people who come to Los Angeles are risk takers?

Film Courage: I don’t know? I’m trying to see from my notes if you did. Maybe you did? I don’t know if I just thought that?

Tosca Musk: Well, I think that if people are coming to Los Angeles to be in the film industry that is definitely taking a chance. But you have a goal, you have a desire but if you can remained focus which is very hard especially in an industry that is filled with rejection. Constant, constant rejection in every industry. But if you can continue in it, you will be successful.

Film Courage: I think it’s difficult too because no one usually gives you notes on why you didn’t get [something]. I mean sometimes they do, but oftentimes they don’t. And it’s all across the board for whatever it is [in this industry]. So there are not script notes where someone is saying “We like you but…” You don’t know what it was.

Tosca Musk: And it is actually quite difficult coming from the filmmaker’s standpoint (my side of things) because I watch a lot of auditions and we make decisions. And my mother is also a model so I come from that world where she constantly goes through rejection and has for her entire life. And while she’s a very successful model, she is rejected continually. So I’ve been able to watch that and see how she keeps going “Okay, next! Okay, next!”

And then from my side of things (as the director) “Well you might be good, but you don’t look the part.” And so I can’t hire you. So initially it’s all…it’s so subjective and so if I then get an agent who comes back to me and says “Can you give me feedback?” Which many times they do, if I can give feedback I will. But keep in mind if I audition 200 people, I can’t give feedback for 200 people. I don’t have that kind of time.

So it’s not that I didn’t like you. Very likely, if you were in a room auditioning for me, there is something about you that I like. And so you’ve made it there, well done. Congratulations to you. Keep going. You are in the room. So you made it there. That should be acknowledgment enough that while you didn’t get the part, there were 200 people who were going for this same part as you. And only one of you can get it.  So 199 people will be rejected. But 199 people still made it into the room, I still recognize them.

There are a couple of actors that I go every single movie “Let’s see if we can put them in this role? On, no. It’s not going to work unfortunately.” And so they are contacted constantly and told “Hey, maybe you will be in this role?” And then they’re not. And it’s not anything other than it could be timing, it could be, hair color, it could be eye color. It could be the author wasn’t a big fan. It could be you’re too tall for the female actor. Or too short for the female actor or you know what I mean? There are so many different aspects that go into it that have nothing to do with your ability to perform. So that’s why I say to actors keep going, keep doing it!

Questions for the Viewers: What’s the biggest risk you’ve taken in the last 12 months? 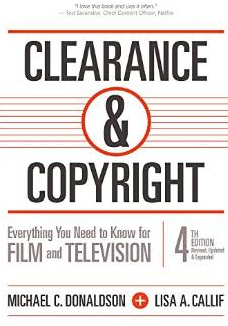 Writing And Developing A Character For Over 10 Years by Larry... 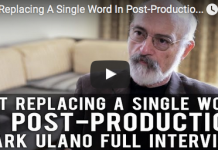