Film Courage: Are romantic comedies driven by plot or character?

Pamela Jaye Smith: As a genre that has three parts, the plot is just there. You know, you get together, you get apart and then you get back together. So I don’t think it’s so much plot that drives it as it is character. That’s where we find our interest is in the people and how diverse are they and how opposite are they? Or where are their similarities? What is it that took them apart and how will they possibly get back together and who is helping them do that and who is against them doing that? So it’s more about character I think in a romantic comedy because it’s a genre and it has its tropes and it has its steps if those aren’t happening then you don’t have a romantic comedy. So character is the most important thing and that’s what you should be focusing on.

Film Courage: Let’s talk about the character archetypes because you have as I was saying earlier sort of the hero worshiper, you had the type-A ambitious one who doesn’t have time for a relationship, you might have sort of the hot girl that no guy is good enough for, or similar with a male character and then the shy types. What are some of the archetypes that we typically see in romantic comedies, either as the friend or the protagonist?

Pamela Jaye Smith: Some of the typical archetypes and in the book I did [Pamela’s book ROMANTIC COMEDIES: These Films Can Save Your Love Life!], there’s a whole section on each movie about the lover types and indeed a lot of what you just mentioned. There’s the cynical person. Now that’s always a real good one. Somebody who has been burned and disappointed in love. So the cynic is a wonderful archetype and I like that definition that a cynic is just a wounded romantic. So seeing that character change and go through a character arc can be very satisfying to us.

Also, the person who doesn’t even realize they need love, the clueless. Now that’s different from being a cynic, but the clueless person is just “Oh no, everything is fine. Maybe I’m in a loveless relationship, but it’s convenient. It works.” So they need to be waked up. So they’re the archetype of the person who needs to be awakened, that just kind of “What? Wow! Oh!”

And then you’ve got another good one is the bossy person who is always right and always in charge or always wants to be anyway.

And then the person who (and I think this is so well done) in DOWN WITH LOVE where you’ve got Ewan McGregor as the type-A, confident, always in charge and you know he’s running the show. And of course all of the women love him and he’s got many, many, many girlfriends.

And then you have Renée Zellweger who is the formerly, mousy secretary who (I love this and your writers I think will all just roll their eyes) she says “Well, you weren’t paying any attention to me and so I decided I was just going to go off and I was going to write a book and so I did and then it became a best-seller (international) and then…” I went to see it with some writers and we all went “Oh, is that how it’s supposed to work? You just write something and it becomes an instant, international best-seller.” Okay! So she was the person who was waking up, now she was waking herself up. But bringing the two of them together made a really dynamic energy exchange in that film DOWN WITH LOVE.

So the various archetypes, you can go from the disappointed in love to the still grieving. In MUST LOVE DOGS, Christopher Plummer has a wonderful line and he’s a father who is a widower and he says “No, I know I’ve had the love of my life. And there will never, ever be anyone to take her place. But I’m just out there tap dancing as fast as I can having some fun and hoping I won’t notice all the time what I’ve lost.” I mean it’s very sad but it’s also very hopeful. So many, many character types can play a part in a romantic comedy and by choosing different types than what you would think, you can make a much more interesting story.

Question for the Viewers:  Can you name other character archetypes? 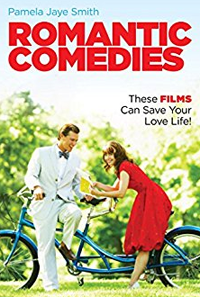 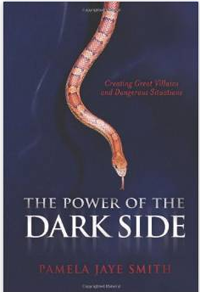 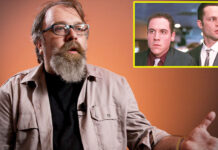 Nobody Cares About The Movies You Like – Tony DuShane 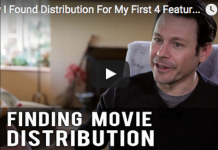