Should A Writer Go To School For Screenwriting? by CSUN Professor Eric Edson   Film Courage:  …And how do we do this faster, so most people would probably turn to education as another form of hacking, how do you get past a certain time frame of putting energy into something?  Is formal education totally necessary when it comes to writing?  Can’t someone still be a brilliant screenwriter without being part of an MFA program or even obtain a Bachelor’s degree in writing?

Eric Edson:  The answer is simple…And the answer is absolutely “Yes.  Of course they can.”  They can.  But…that for most of us is choosing a very difficult and lonely road.  And here is why.  Any art form…before anything can be art and be appreciated as anything that has reached to the level of art, it is a craft.  First art is created by craftspeople who have some inspiration at one moment in their lives or 50 moments in their lives when the craft that they do so well, rises to the level of art.  But you cannot cut to art without swimming through craft, without creating an understanding the craft of anything.

“There are tools in screenwriting and I would take the position that if this is what somebody really wants,  if this is what they’re going for, if all their gifts lead them in this direction, then they need to get an education about the tools.  You can do that on your own.  But you’ll need to read a lot of books and sometimes…I mean there are a lot of great books on screenwriting, don’t get me wrong.  There are a lot of great books.  And there are tons and tons of garbage books on screenwriting, too.”

Georgia O’Keeffe (I don’t know why she came to mind) and then Pablo Picasso, okay graphic artists who take it to the level of true and pure art.  Both of them in their early years learned their craft.  They learned perception, they learned color, composition.  There are things you have to learn, tools that these artists have and when they are mastered, then they can take it into some very interesting and unexpected places.  But you’ve still got the tools.

Chess is a rather interesting game and there are untold millions of possibilities, maybe infinite possibilities.  There are six pieces in a chess game.  But how to use those six pieces and multiple combinations create probably the most fascinating, intricate and mind twisting game ever invented.  There are tools in screenwriting and I would take the position that if this is what somebody really wants,  if this is what they’re going for, if all their gifts lead them in this direction, then they need to get an education about the tools.  You can do that on your own.  But you’ll need to read a lot of books and sometimes…I mean there are a lot of great books on screenwriting, don’t get me wrong.  There are a lot of great books.  And there are tons and tons of garbage books on screenwriting, too.  And if you haven’t got some guidance, you may be wasting a lot of time on some of those books.

But if you come to an MFA program you are pursuing a couple of things really.  And what do you get for your money, you know.  First of all, you are going toward a terminal degree, a graduate, terminal degree that qualifies you to teach tenure track as a professor at the college and or university level.  And that’s a major certificate, that’s a major thing to have.  Like me, I had two of them stashed away in the closet somewhere when the opportunity came up decades later.  Okay! I’m qualified.  I’m prepared, you know?  Let’s go.  So that as a writer it gives you another door to open.  Another avenue to pursue in life.  You are less hindered.

Remember I said you have two pathways to be pursued at the same time, your craft and art, yes? But at the same time how to regularize an income.  Well you’re a big step toward the second path when you have an MFA, just the practicality of the degree.  But on the other set of accomplishments, it’s about the tools.  Tools you will learn that you never knew existed!

So many people who don’t get a formal education in it or a degree, they still talk of screenwriting as something that falls from the sky “I don’t want that stuff!  I don’t want to do plot!”

I just read this some place and it made me shake my head.  Somebody said…

Question for the Viewers:  What are your thoughts on someone going to school for screenwriting? 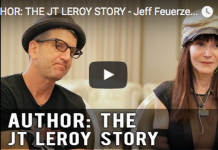 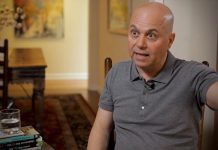 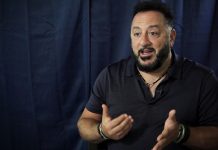 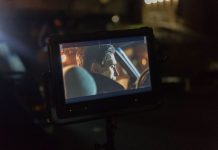