Film Courage:  Can we talk about how you sold your first screenplay?  What was it?

Gary Goldstein:  Oh, okay.  I had been writing television.  I had been writing episodic television and getting some assignments and things.  But I didn’t get staffed on a show.  It was hard to do.  It was at a time when they gave out more freelance assignments on TV shows than they do now.  But still, the whole point was to get on staff on a show.  I was just finding that this wasn’t the direction everything was moving in.  So I decided to start writing screenplays because I always loved movies and that’s kind of what I started off wanting to do but I felt that TV would be a good way to enter the business and something a little more accessible, which I think it was.  But I started just writing a screenplay.  I took a couple of courses about writing a screenplay.  I took a great course called Writer’s Bootcamp with I ended up teaching for a long time a few years after I took it.  And I wrote a few scripts and they got attention, a few got optioned, things happened.  And then ultimately I just kept writing spec screenplays.  I mean you have to keep writing if you’re not getting assignment work and you have the time to write on spec, you have to keep cranking things out.  So at that particular point in the movie business, this was a little after the big million dollar spec sales where everything was selling (I sort of missed that wave) but high-concept comedies were kind of in. You could sell them.  They had to be good but they were saleable.  But now it’s different. The studios are making fewer of them. It’s harder to see those now unless there is a big star attached to it.  But back then it was just kind of like the bread and butter.  Everybody wanted those scripts.

I wrote a script called MANHATTAN TRANSFER which was about a New York radio shrink, sort of a shock jock of a radio shrink, who on one day starts taking on the neuroses of all of his callers.  At the time…the very week that he is making the leap from local radio to national television as a TV shrink. And it’s just a story about how he gets through this period of time.  He hooks up with his old graduate school girlfriend who turns out…(Watch the video on Youtube here).

On the L.A. stage, Gary has been represented with the comedies “Just Men,” “Parental Discretion” and “Three Grooms and a Bride.”  His family drama “Curtain Call” premiered in late 2008 at Carmel, CA’s Pacific Repertory Theatre. His newest play, the three-sisters dramedy “April, May & June,” will have its World Premiere in March 2017 at Theatre 40 in Beverly Hills, as part of its 2016-17 subscription season. 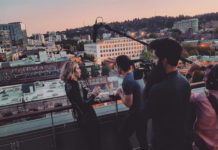 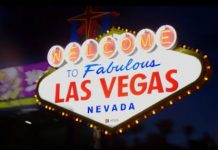 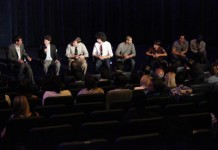