How Does A Screenwriter Know They Have What It Takes To Be A Working Writer? by Corey Mandell

Film Courage:  Let’s talk about this hypothetical class of 20 people, 2 excellent students that you think have potential for writing careers and the 18 that don’t.  Do you think those 18 people want to hear the truth?  Knowing that they improve, it’s malleable, you can mold them to write better but do they really want to hear it?  We talk about this growth mindset versus whatever the other side of that coin might be.

Film Courage:  Okay.  So how do you know you’re experiencing a student with the fixed-mindset and they don’t want to hear it?

Corey Mandell:  That is such a smart question.  So the fixed-mindset first of all believes that if you want to be a writer you either have this talent or you don’t.  So then you constantly have this voice in your head that says ‘Do I have what it takes?  Do I have talent? Am I wasting my time?  Am I going to get a career or is it never going to happen for me?’  That constant fear-based chatter is that fixed-mindset.  And because of that the fixed-mindset (and you asked such a smart question), it desires an outcome.  So if I have a script and I go “Hey, will you guys read my script and just give me your feed back.  I want to know what you think?”  There is the fixed-mindset and the growth-mindset and they’re both there.  I don’t think it’s one or another.  They both exist, it’s just sort of a ratio.  Are you 90 percent growth mindset and 10-percent fixed?  When I give you guys a script and say “Tell me what you think,” my fixed-mindset wants an outcome.  It wants you two to say “Well, now I know why you had a career.  Now I know why you teach others. This may be the best script I’ve ever read. I’m literally in awe to be in the same room with you.  I didn’t know a human being could write this well?  This is the most amazing script ever!”  Like that’s what my fixed mindset wants to hear.  And when it doesn’t hear it, it’s going to throw a temper tantrum.  And at that point it has two choices and only two choices.  Which is “What’s wrong with you guys?” or “What’s wrong with me?”  So you always hear writers out there say “Yeah, my manager said that the characters weren’t strong enough.  You know, I’ve got to change managers. I mean, he doesn’t know what he’s talking about.” Or they’ll say “Yeah, my manager said that the characters weren’t good enough.  I don’t know…I don’t know why I’m no good at characters?”  There is something wrong with you or there is something wrong with me.  It’s the only choices that it has.  The growth mindset does not crave or desire an outcome.  It desires the truth.  So the growth mindset wants to know what did you honestly think and why did you think it?

Let’s say that there are parts of my script that you really loved and there was a section of the script that you just didn’t care for.  Why? And not in a defensive way.  And not in an attacking way.  But why?  Because it’s like a detective.  It’s like “Hhmmm? What plays in my head is amazing.  It’s not amazing for you.  I want to know why.  Where is that disconnect.”  Maybe there is a piece of information, a context, that I knew that you didn’t.  I didn’t get out well enough.  And if I could just rewrite it so that becomes more viscerally clear to people, maybe you’ll then have the experience I want.  Maybe that section I like for very personal reasons but it actually disconnects from this…there are a whole million reasons.  But if I…and maybe…the reason you didn’t love my script, the honest truth is, the characters just weren’t compelling enough for you.  They fell kind of flat.  They felt like they kind of all spoke the same way.  That’s not now a rewrite (which is the mistake most people make).  That is ‘Okay, I’m not yet strong enough at characters…the story…the characters are great but it kind of wandered around and it just didn’t seem like it had a forward thrust and maybe I’m just not good at that forward thrust.’  Great!  The fixed-mindset (of course) is freaking out. But the growth-mindset is celebrating because it’s like ‘Okay, now I know what I can do moving forward to get better as a writer. and I’ve got to figure out how do I train myself to get better at forward thrust or better at characters.’

And so if you follow a growth mindset (when you get feedback) if you love my script from top to bottom.  And I know the process that I use to create it and I can replicate that process, that is great news for me.  If you didn’t love my script, top to bottom and I can talk to you in the right way to figure out why you didn’t, where the disconnects were and I could realize where I have a weakness.  Where I need to get better at a skill set.  Where I need to create a new talent or get better at a talent and I can figure out how to do it, that’s amazing.  So the growth mindset is not looking for an outcome, it’s looking for the truth.  So your question was really profound, those 18 people, did they want to know that they are the 18 people?  If you ask them, they will all say yes.  The reality is, if you were to tell them (and I never did)…for right or wrong reasons, that was a line I never crossed.  I would never tell someone if I thought they had what it took or they didn’t.  Because I felt like that is just my opinion.  What is my opinion worth at the end of the day?  And I don’t want to inflict that on someone, positively or negatively.

So, I don’t know.  I’m not saying this was the right decision but as a teacher (to this day) if someone says ‘Do you think I have what it takes or not?’ Well first of all, I’ll say go read the book MINDSET [by author and Stanford University psychologist Carol S. Dweck, Ph.D.] because that is a fixed-mindset question.  But even if I actually have an opinion, I’ll never tell someone.  But if someone were to tell those people and they would say “I want to know the truth.” and that is true for their growth mindset but their fixed mindset does not want to know the truth, it wants an answer.  It wants a specific answer, it wants a yes…(watch the video interview on Youtube here). 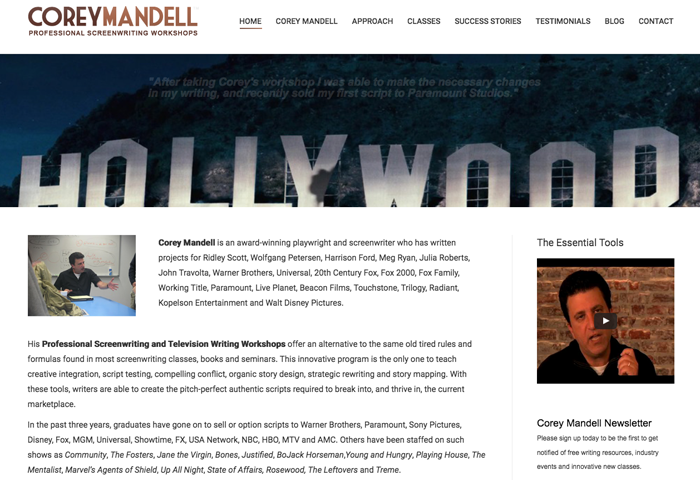 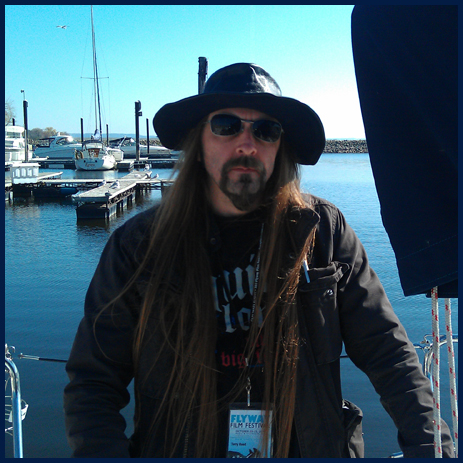