I do understand the collaboration of a director and writer working and then eventually with the actors and everybody else staying involved. When I’ve done films the writer stays all the way through the making of the film, all the way through production and post-production. They are part of the storytelling team. I have my job. They have their job. I like having the writer on the set. I’m shooting something…there was one film I was doing which we we’re having trouble with the a scene. I remember this…the two writers were there…it was a writing team. And we couldn’t get it to work and I told them…I said “I am going to improvise the scene. Hold on.” And they went “Okay.” And I went back to the actors and I took them through a quick process and then we started to improvise the scene and I remember the writer going “Yes! You’ve got it!”

No. The fact that the writers said “Yes! That’s where we’re going,” I felt great. It wasn’t me rewriting the scene. It wasn’t even the actors rewriting the scene. The writers were there. I’m trying to serve their initial vision of the film, combined with mine, combined with the actors trying to reach the characters. So I don’t like the idea (although it happens a lot in Europe, which you may know) and I’ve run it by a lot of friends because I teach a lot in Europe (especially in Germany). And a lot of friends who are very, very successful writers there and it’s a constant problem. They will write a script (say for television) and a director comes on and the director does a rewrite. The first thing they do is rewrite it.

I directed a little bit in Germany and at one point was going to direct something and the production company sent me the script and said “When are we going to get your director’s script?” and I said “What do you mean?” I’m reading the script and am saying “Yes, I want to do this. What do you mean the director’s script? What they meant was: we expect you to rewrite it. So this was the producers expecting the director to rewrite the script that they had bought and they wanted to produce. And I said “No. I am not going to rewrite it. I’m going to work with a writer.”

So I don’t encourage directors to think they have to rewrite it. I’ve seen too many times (especially in Europe) directors rewriting and reworking a script and it was really clear what they were doing, unconsciously (I think) or maybe consciously. They were creating a script that they knew how to direct. And by doing that they reduced it or shifted it from the initial intention rather than trying to serve the script that was there initially, they altered it to something that they could handle.

Film Courage: And then the story lost its essence because…

Mark W. Travis: Lost this one very important project which a friend of mine had written and she had a powerful script and it was changed so dramatically into the style of film that the director felt comfortable in doing. He had been hired to do a film that he wasn’t really comfortable with, so he changed into something…and it changed totally. It lost (to me) the essence of what was there originally. It turned out fine in the end but it was a whole different story. It wasn’t what was there originally.

Question for the Viewers: What are your thoughts on a director rewriting a script? 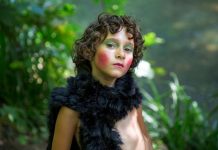 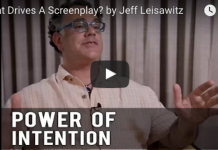 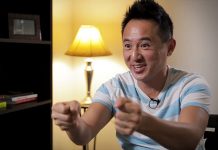