A dynamic and tragic portrait of the life of Reddit co-founder and computer prodigy Aaron Swartz, a champion of open access who grew up to lead the internet community into a new age of data sharing and free speech. (By Director Brian Knappenberger)

After Laura Poitras received encrypted emails from someone with information on the government’s massive covert-surveillance programs, she and reporter Glenn Greenwald flew to Hong Kong to meet the sender, who turned out to be Edward Snowden. (By Director Laura Poitras)

Deep Web gives the inside story of one of the the most important and riveting digital crime sagas of the century — the arrest of Ross William Ulbricht, the convicted 30-year-old entrepreneur accused to be ‘Dread Pirate Roberts,’ creator and operator of online black market Silk Road. The film explores how the brightest minds and thought leaders behind the Deep Web are now caught in the crosshairs of the battle for control of a future inextricably linked to technology, with our digital rights hanging in the balance.

In addition to being the only film with exclusive access to the Ulbricht family, Deep Web features the core architects of the Deep Web; anarchistic cryptographers who developed the Deep Web’s tools for the military in the early 1990s; the dissident journalists and whistleblowers who immediately sought refuge in this seemingly secure environment; and the figures behind the rise of Silk Road, which combined the security of the Deep Web with the anonymity of cryptocurrency. (By Director Alex Winter)

4. We Are Legion – The Story of the Hacktivists

In recent years, the radical online community known as Anonymous has been associated with attacks or “raids” on hundreds of targets. Angered by issues as diverse as copyright abuse and police brutality, they’ve taken on child pornographers, the Bay Area Rapid Transit system and even forced a standoff with Mexican drug cartels. They are a legion of loud but largely masked geeks, hackers, pranksters and outraged citizens who have unwittingly redefined civil disobedience for the digital age, and found themselves in the middle of one of the most important battles of our time. (By Director Brian Knappenberger)

The life of WikiLeaks founder Julian Assange, and the manhunt to bring him to justice in the 1980s. (By Director Robert Connolly)

6. We Live in Public

On the 40th anniversary of the Internet, WE LIVE IN PUBLIC tells the story of the effect it is having on our society as seen through the eyes of the greatest Internet pioneer youve never heard of, visionary Josh Harris. Award-winning director, Ondi Timoner (DIG!), documented his tumultuous life for more than a decade, to create a riveting, cautionary tale of what to expect as the virtual world inevitably takes control of our lives. (By Director Ondi Timoner)

David Fincher’s The Social Network is the stunning tale of a new breed of cultural insurgent: a punk genius who sparked a revolution and changed the face of human interaction for a generation, and perhaps forever. Shot through with emotional brutality and unexpected humor, this superbly crafted film chronicles the formation of Facebook and the battles over ownership that followed upon the website’s unfathomable success. With a complex, incisive screenplay by Aaron Sorkin and a brilliant cast including Jesse Eisenberg, Andrew Garfield and Justin Timberlake, The Social Network bears witness to the birth of an idea that rewove the fabric of society even as it unraveled the friendship of its creators. (By Director David Fincher)

The Internet is under attack. Free speech, innovation and democracy are all up for grabs.

In Killswitch: The Battle to Control the Internet, Lawrence Lessig, Tim Wu and Peter Ludlow frame the story of two young hactivists, Aaron Swartz & Edward Snowden, who symbolize the disruptive and dynamic nature of the Internet.

Their lives parallel one another as they free information to millions on the Internet,
putting them directly in the cross-hairs of the most powerful interests in the world.

Will this be a cautionary tale of what happens when you dare to take on elite power structures?

Or will it be the spark that ignites a revolution that will redefine democracy in the digital age?

Killswitch is a call-to-action: It is our hope that you use our documentary as a tool to continue to fight for a free and open Internet.

Killswitch is designed to be a resource to help you communicate and collaborate. What we do as individuals today will shape our collective future.

You have the power. (By Director Ali Akbarzadeh)

Alex Gibney’s ZERO DAYS is a documentary thriller about warfare in a world without rules— the world of cyberwar. The film tells the story of Stuxnet, self-replicating computer malware (known as a “worm” for its ability to burrow from computer to computer on its own) that the U.S. and Israel unleashed to destroy a key part of an Iranian nuclear facility, and which ultimately spread beyond its intended target. It’s the most comprehensive accounting to date of how a clandestine mission hatched by two allies with clashing agendas opened forever the Pandora’s Box of cyberwarfare. (By Director Alex Gibney)

A humorous and heartwarming documentary feature, Cyber-Seniors chronicles the extraordinary journey of a group of senior citizens as they discover the world of the Internet through the guidance of teenage mentors.

Their exploration of cyber-space is catapulted to another level when 89 year-old Shura decides to create a YouTube cooking video, inspiring her fellow cyber-seniors to do the same. A spirited competition for video “views” evolves as hidden talents and competitive spirits are revealed.

This charming film provides insight into the wonderful things that can happen when generation gaps are bridged and proves you are never too old to get ‘connected’. (By Director Saffron Cassaday)

The avant-garde has moved online, and they have an agenda. Coming from deep within computer programming culture, Internet trolls are pissed off and using the click-bait obsessed mass media to propel their movement into the mainstream. Influencing presidential elections, manipulating journalists, inventing meme culture, trolls are either our saviors or driving our culture off of a cliff. Prosecuted as a whistle-blower by the Federal Government, Trolls Inc. follows the world’s most famous Internet troll, Andrew Auernheimer, and his legion of cultural saboteurs as they take on corporate America, the media, and political-correctness. (By Director George Russell) 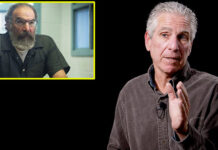 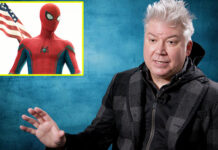 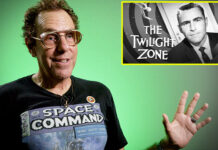 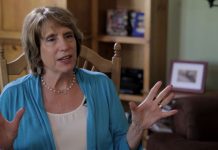 6 Ways To Sabotage Yourself In Hollywood by Author Carole Kirschner 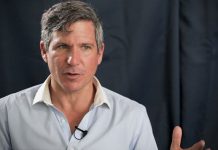