.
Angelique Merchant, a nationally recognized actress from Holland, is now making a mark in Hollywood with her latest short film Two Strangers where she epitomizes the empowered woman, by portraying a young homeless girl.

Two Strangers premiered at the prestigious Armand Hammer museum, one of the city’s hottest cultural venues. The film drew terrific crowds when it opened. It was full house and the film became one of the favorite films screened at the Hammer museum in a long time, says public program director Claudia Bestor. ‘At the first screening, after the film, everybody started screaming: ‘We want more!’ the audience started whistling and gave a standing ovation. Moreover, the film got selected for the prestigious Equality International Film festival and is in consideration for more than 20 film festivals. In addition, several distributors have shown interest in the film. As such, a major online broadcast network is currently considering to air the short film. 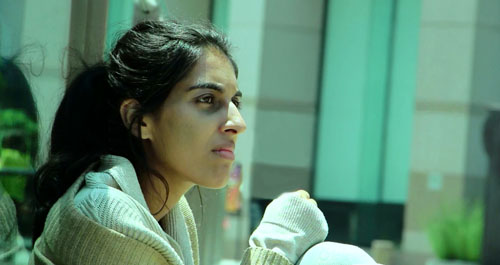 Two Strangers gained major attention, due to the message and the incredible bold performance from Angelique Merchant. Her leading role in the film has earned the actress much critical appreciation. Merchant portrays the role of the homeless girl Joanne. It is not a stereotypical character, such as a mom or a housewife. Instead, the character is a brave young girl who finds herself in a challenging circumstance, but is still choosing to remain happy and strong. With an incredible drive, dynamic and her unprecedented ability to emphasize she delivers a marvelous performance as the vulnerable homeless girl Joanne. Apart from breaking stereotypes, the film Two Strangers tries to raise awareness about youth homelessness in Los Angeles. This social message of the film was beautifully and successfully directed by Angelique’s sister and notable actress, Jennifer Merchant.

What makes the movie unique is that there is no dialogue. This was a deliberate choice says the young filmmaker, since the story follows someone who lives an isolated life. The characters expressions are subtle, yet enough to leave an impact on the audience. Words are the last layer of human emotions, so when you leave out the words you actually come closer to the character. It takes you on a journey. 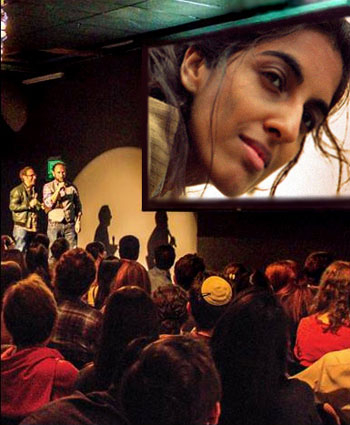 With their movies, Jennifer and Angelique are committed to address important social issues. ‘I think ‘film’ is a very important and powerful medium to address these issues and therefore I’m grateful to be part of the film industry, says Angelique Merchant. “I always wanted to contribute something to society. It’s a privilege that I can do that through my films.”

The director Jennifer merchant shared her opinion on making a no-budget short film: “It challenges us as filmmakers and forces us to think innovatively.  Especially in Los Angeles; there are so many ways to save on production costs, it’s about thinking outside the box and daring to take risks.”

The combination of being an actor and filmmaker is an interesting skill that allows you to have more control over the type of content that is being created. With their production company they want to develop full rounded characters to tell inspiring stories and make great movies. Their small budget films rely solely on refreshingly real content which ultimately help them succeed. 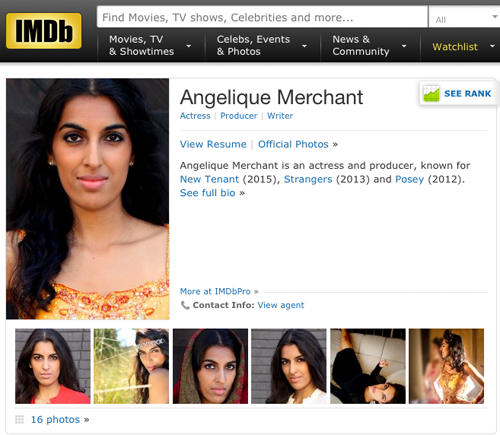 With a production company that is on the merge and the groundbreaking film Two Strangers, Angelique Merchant and her sister Jennifer Merchant prove to be of high caliber and are sure to shine bright in the entertainment industry. Keep an eye out for one of the most promising up-and-coming young female filmmakers.

Angelique Merchant, is a well-respected and professional actress from Amsterdam, The Netherlands. This young filmmaker garnered a national VIVA400 nomination for ‘Powerwoman of the year’ by the largest women’s website in The Netherlands, reaching 1.2 million viewers every month. She is therefore considered as one of VIVA400 most successful young women in the Netherlands. To expand her acting career, she graduated from the world renowned Stella Adler Conservatory, where she earned a full time scholarship and has played the lead in several stage productions, including ‘Motherly Love’ directed by Academy Award winning Director Milton Justice and starred in films such as ‘Posey’ with Golden Globe winner and Academy Award nominee Sally Kirkland. 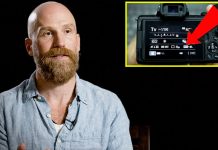 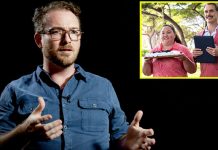 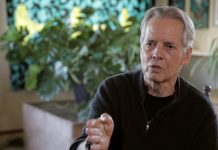 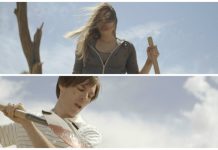