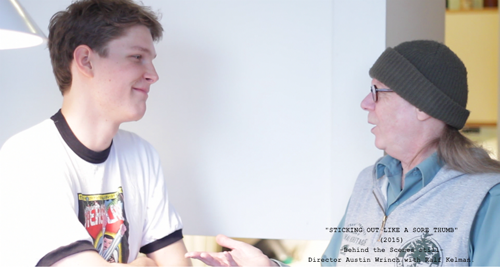 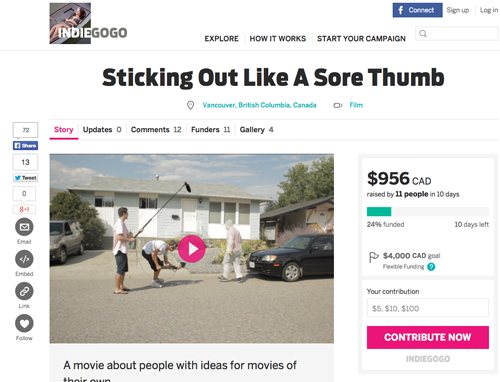 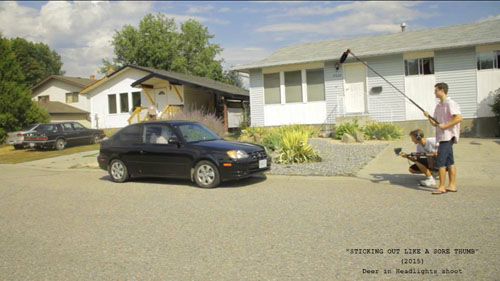 Sticking Out Like A Sore Thumb – About the Film:

Sticking Out Like A Sore Thumb is an independent documentary film about three people from Vancouver BC who each have an idea for a movie of their own as well as their plans on turning those ideas into a reality. Made up from a series of one on one interviews, the film takes an in depth look at what drives people to create and why they do it. 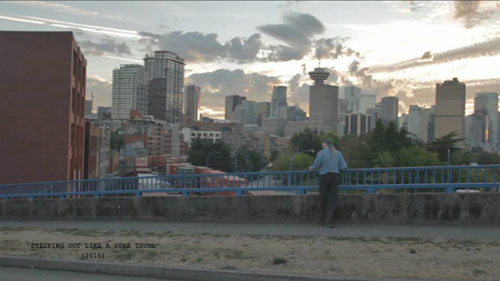 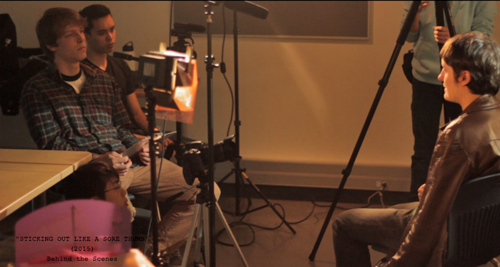 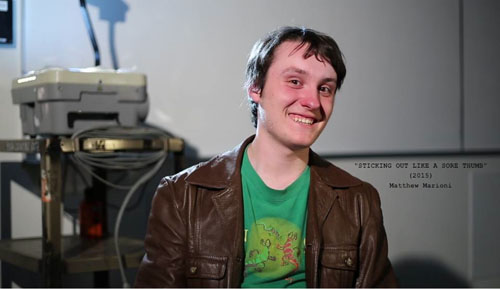 .
Matthew Marioni, a shy and often self-deprecating amateur filmmaker with big ambitions for his future filmmaking career. He plans on making for a short film entitled Deer in Headlights that he hopes will help him stand out. 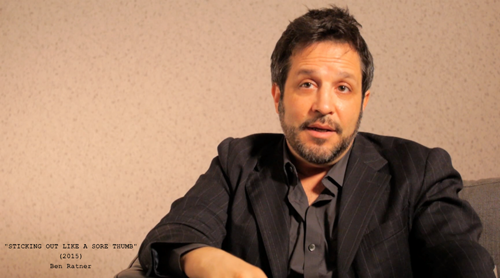 .
Ben Ratner, a confident and experienced independent filmmaker with two feature films under his directorial belt who talks about Down River, his latest film which received much positive acclaim from it’s successful run in the North American film festival circuit. 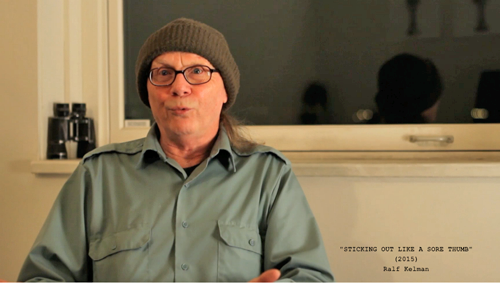 .
Ralf Kelman, an energetic and free spirited raconteur with many views and opinions on the world of movies, art, government, the military industrial complex and most things in between. He shares the ideas and outlines for his story entitled Drone Wars, which he believes, if done correctly, will be the next big blockbuster that will both entertain and open minds.

This project is the first feature film from director Austin Wrinch and has been in the works for nearly two years. With very little budget, this film has been produced as a result of an enormous amount of help and support from many talented and enthusiastic people from the Vancouver area, many of whom met while attending the Motion Picture Arts Program (MOPA) at Capilano University in North Vancouver.

Austin Wrinch is a filmmaker from Vancouver BC who has been working on his first feature length film (Sticking Out Like A Sore Thumb) since 2013, while he was attending film studies classes at North Vancouver’s Capilano University. 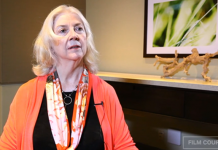 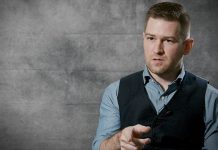 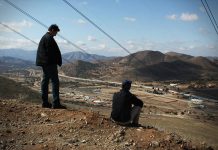 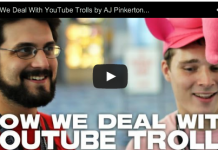