Why I Released My Film Online…..

I decided to distribute my film directly to the audience, for free, online instead of going the film festival route. The festival circuit, while important, seems to me, just another way to suck money out of the truly indie filmmaking market. It seems to me that for all of those thousands of films being shopped around to thousands of festivals at $20 – $50 per entry, it’s just so much time and money that could be spent on filmmaker’s next project. And while seeing a film on the big screen is, of course, a far better experience, (I screened my film at The Plaza Theater in Atlanta and the trailer at the High Museum of Art in Atlanta) it is reaching an audience that is really most important to any film maker, and the potential audience on the web is immense.  It is tapping that audience that is, of course, the key, and I’m doing everything I can to self promote the film through online media like Film Courage.

There’s a misconception, I think, that filmmaker’s are giving their work away for free when they put it online. The truth is that most film maker’s don’t make any money from their films, in fact, most spend hundred or thousands of dollars just trying to get the film seen in festivals.  I made “If I Am Your Mirror” as my graduate school thesis project and so wasn’t expecting to make money on the film.  I wanted to create a film that exemplified my capabilities at the time. And I feel this film does that. “Mirror” at 18 minutes, is long for a short film, and does not easily fit into an established genre.

Therefore, it would be even harder to place it in festivals. So I’m hoping to get the film out into the world in the most efficient way, by putting it online, and hoping that it will facilitate connections and relationships with other media makers that might lead to more projects and maybe even paying gigs in the future. If you like the film, please support independent cinema and pass it along to your friends and social networks.

Check out a written interview with Garrett DeHart on ‘Way Too Indie’ here!

Garrett DeHart is a media maker based in Atlanta, Georgia.  He holds a Master’s degree in film production from Georgia State University and has been working in film and new media production for over 15 years. He is owner and director of NewLexicon Productions, a media production company that strives to tell compelling stories, using all forms of media, in innovative ways. His films have screened at the Atlanta High Museum of Art, Atlanta Underground Film Festival, Eyedrum Art Gallery, Atlanta Contemporary Art Center, and the Atlanta Plaza Theater.  He is always interested in considering pitches for collaborations on innovative projects. 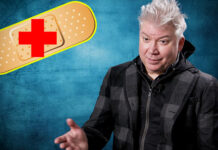 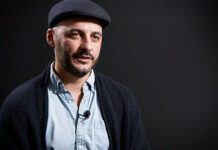