Two axioms drive almost every social interaction a filmmaker is likely to have in Los Angeles.  If you ask anyone in the industry, nine out of ten people will agree that:

“Image is everything in this business,” and…

“It’s all about exclusivity.”

I am that tenth person, and I’m here to tell you that both of these statements are bullsh*t concocted by Hollywood middle-management types to make themselves appear more necessary in the eyes of the community.  My name is Tennyson E. Stead, and I’ve come to know the film industry from a diverse handful of perspectives.  On the one hand, I’m an award-winning writer/director with 20 years of experience telling stories on stage and screen.  On the other, I’m a film finance executive with a 10 year long career and a number of independent features on my resume.

Know what I’ve learned?  Supporting the projects and the people I admire gives my audience more to watch, and it exposes me to new facets of Hollywood.  Listening to my fans when they tell me something is cool and taking time to check it out for myself can put me in touch with folks who are out there doing exactly the same things I am.  Bear in mind that giving your time, labor, and attention to the community does not have a direct, obvious payoff.  This is not an investment in yourself.  This is an investment in the community.  Don’t expect compensation.  That said, making this kind of investment does make you more valuable and necessary to the community as a whole.

Being valuable and necessary is what unites the community around your projects.  You can’t afford to be exclusive, and you cannot afford to be aloof.

My current project, a science-fiction heist feature called Quantum Theory, has a great deal going for it – all of which is a direct result of what I have put into the community.  For those who don’t know, Quantum Theory is the story of Chelsea and Roe, two brilliant, snarky women of science, who develop a prototype with the power to alter reality… until it’s snatched from under them by LDI, a ruthless and powerful defense contractor.  With reality itself under the control of a corporate military superpower, can Chelsea and Roe take back their technology and their world?

Even the script itself is more an expression of my desire to contribute than it is about my own creative agenda.  Following our ensemble’s work on the award-winning webseries “The Starmind Record”, I wanted to tell a story that let audiences in on what I love about these actors.  My creative strengths and passions certainly serve to make the story better, to make it unique, and to make it something I can actually invest the time and labor it obviously requires.  At the same time, it all started as something I wanted to give to my ensemble and my audience.

So much has gone right for us with this production, and it’s all been the result of our work supporting those around us.  Those members of our cast who are recognizable outside our own audience have come to us through the creative communities we have invested the most deeply in.  Our fan community has grown up around a consistent and tireless campaign of web show production, video blogging, and articles like this one – all of it geared towards putting anything and everything we have to share out there into the world.  Our relationship with movie theaters is through the trust I’ve earned as a film financier.  My own work in this industry has very gradually earned me the goodwill of a handful of truly exceptional people, and our work together is earning us the goodwill of the industry and our audience.

Most recently, New Hollywood star Tybee Diskin agreed to join the cast of Quantum Theory as lead character Dr. Chelsea Barrington.  Here, too, I owe my luck to an earnest and sincere approach.  Had I been too cool to follow up on the twitter chatter within our fan community (thank you, fans), I would never have known who Tybee Diskin was until she’d already been scooped up by the Joss Whedon crowd and cast as The Wasp in Ant Man. Tybee Diskin is the kind of actor a young director like me falls in love with through some unfathomably awesome movie like Lost in Translation or Boys Don’t Cry, and then watches helplessly while her agent ratchets up the cost of hiring her to completely unattainable heights.  Thanks exclusively to the fact that I checked my twitter and clicked the links my fans were sharing, I actually get to BE the indie filmmaker all those sad little proto-Tennysons wind up hating.

Had I been just a little more exclusive, I would have missed Tybee Diskin until it was too late.  Her work in short film makes it pretty goddamned clear she is a great fit both for the role of Chelsea and for our ensemble as a whole, and I would never have even seen it.  In fact, my biggest concern as I brought her into audition was that she would be too cool to roll up her sleeves, get into the trenches, and support the community at large with the rest of us.  As it turned out, our conversation went something like this:

“Tybee.  I believe that with a grotesque, backbreaking, intervention-worthy amount of labor, sustained over several years, we can make an amazing movie and build an audience for whom we can then start the whole damn process again.”

“Thus will our fates be forever sealed in an agonizing moebius strip of madness and exhaltation.”

This is a woman who, like me, has helped to build production companies.  When we became friends on Facebook, Tybee and I realized that she’s actually been working with some friends of mine!  If anyone has earned the right to be too cool for school, it’s Tybee Diskin.  Her game is wired down.  Her craftsmanship as a performer places her at the very forefront of her entire generation.  Her fans love her.  What the hell does she need us for?  Why do the project?

As fate would have it, I’ll be asking Tybee that very question in a video blog we have scheduled for tomorrow evening… but if I were a betting man, I’d guess she just digs what we’re up to and appreciates our contributions to the community.  Tybee and I were brought together because we’re valuable and necessary to the same people.  With our powers combined…

All these fantastic people helping to make Quantum Theory a reality probably see me in much the same way.  Putting these people together in one room is an obvious way to make a project succeed… but how is it that I get them all to show up?  By giving enough of myself to make it worth their while.  So how much do I give?  How much is enough?

In the end, my deepest fear is that even if I give everything I have, it won’t be as much as they deserve.  That fear is what keeps me honest, and it has earned me the trust of my community.  What I’m trying to get across here is that playing it cool and treating these people like I’m better than them would cost me everything.

Do the math.  Who benefits from an industry where everyone is working in exclusive, isolated, gated communities?  Gatekeepers do.  Great collaborations are forged in selfless contribution, and Hollywood is built on great collaborations.  Exclusivity will get you nowhere, and having a cool image is just a cheap, crappy attempt at having a great reputation.

If you’d like to ask questions, pose “what-if’s,” rebuke me with experience or hearsay, or just flirt from the safe distance of your personal computer, you can always find me at Tennysonestead.com.  To find out more about me, my ensemble, and my stories, we welcome you to our online community at 8sidedforum.com – and please, please support our upcoming feature, Quantum Theory.  Quantum Theory is the story of two brilliant, snarky women of science who develop a prototype that gives them the power to change reality itself… until it’s snatched from under them by by LDI, a ruthless and powerful defense contractor.  Stealing it back means winning a shell game of changing realities against a foe who does not lose. The future of our world depends upon their success!  You can find out more at here, and at Quantummovie.com. 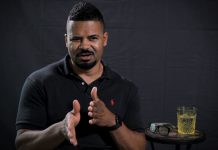 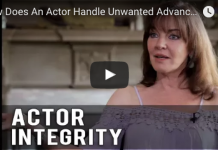