This has been a week full of intensely personal conversations about balancing the need for income with the demands of building a career in Hollywood.  I write this having just heard a coworker tell me that she’s moving back to the Midwest for better work. Her feelings about leaving a future in film behind are complicated, of course.  As you can imagine, she’s debating the feasibility of trying again sometime down the road…

We’ve all heard stories about performers rescued by the Hollywood community, right before they wash out and are swallowed whole by the jaws of obscurity and failure – but have you ever actually seen it happen?  When DOES Hollywood take care of its own?

My own reckonings with financial reality have given me the same doubts. Folks who read my posts on Film Courage will recall that early in my film financing career, I fell victim to a disreputable producer.  That experience left me homeless and hungry until I found my way into better work.  Almost ten years later, I left my career in film finance behind to focus my attention on my writing and directing efforts – and my company, 8 Sided Films.  By that point, I was already a produced screenwriter.  This was before my directing efforts had won me any awards, but my growing command of the craft was slowly, steadily drawing my creative community closer.  Almost two decades of experience on stage and screen, combined with a body of work that inspired faith and support in those around me, had me thinking it was finally time for a leap of faith.

Like a cartoon character, I fell so fast a hard that I crashed straight through rock bottom – before the anvil came right on down after me.  For months, I struggled to find even the most menial job.  My debt expanded, and before too long I was evicted from my apartment.  I lived on food stamps for six months before I was able to find part-time work.

Common sense will highlight these events as clear signs that it was time to leave Los Angeles.  Maybe I needed to regroup.  Maybe I’m just not cut out for this.  Either way, my financial security clearly needs to take top priority, right?  While I do have this one particularly amazing aunt who helped me keep my cell phone turned on through this period in my life, most of the folks I knew were broadcasting the same message:
.

In the end, they’re right… and that’s exactly the problem.  If I had been making measurable, real contributions to the audience and the film community, I’d be making money.  “Trying” isn’t good enough for the audience, and it’s never been good enough for me.  At the same time, folks from outside showbusiness will never understand that leaving Los Angeles does nothing to put me back in front of that audience.  That audience is right here, right now.

There is a fundamental myth that Hollywood sells to people in the arts: The lights are always up, and the house is always packed.  Like any myth, this notion does have a grain of truth – even if it does get lost in a beach full of bullsh*t.  If you’re in Los Angeles, you can pull together a show.  You can sell tickets.  You do have the tools, even if nobody is willing to do the work but you.  Leaving that behind is just one of the many ways an artist can waste it.

That was the moment I began work on my award-winning science-fiction webseries “The Starmind Record.”  That was also the moment Hollywood threw me a lifeline.

Gerard Marzilli and I worked together on three shows, by that point – and we had a handful of projects in development for the future.  When I lost my apartment, he opened up his tiny one room place in Burbank and I slept on his floor for 6 months before we upgraded.  Danielle K. Jones has put more meals in front of me than I can recount, and always takes time to listen when I’ve mired myself in doubt or frustration.  Right when the chasm opened up beneath my feet, a small but growing faction in Hollywood reached out and caught me.

Why?  Why did my creative community save me, when so many others slip through the cracks?  Why do I belong here when others don’t?  Where is there mercy in Hollywood?

One obviously huge element in why I’m still here is the quality of the people I choose to work with.  My friendship with fellow 8 sider Gerard Marzilli is a stronger, better friendship than any I’ve known, and it has grown only because we have challenged and supported one another at every opportunity. In fact, one of the pivotal stages in the development of our collaboration was a coffee-house theater project I wrote and directed called Heartsgaard… and in walks Danielle K. Jones.  Watching her audition was one of the great pleasures of my career.  Walking into the audition room with the sweetness and intelligence of someone like Drew Barrymore, she turns right around and chews her way through a monologue from Macbeth with the breathless abandon of a living legend.

Working with people who inspire you to become better than you are makes it much, much easier to grow and thrive. That’s the bond that holds a creative community together.

Then, there’s the egotistical angle.  My work as a writer and director has grown into something people believe is good and necessary.  As much as they are a part of my contribution to Hollywood, I am a part of theirs.  My work ethic and my character give me the tools to support that relationship.  So does the quality of my work.  So does the breadth of my experience.  In the end, however, the only way to inspire those around me is by consistently living up to that potential.  That commitment is how I keep these people around.

There is, I think, one other element to what made all this work.  Folks who work with me know that I will lay down my last dying breath for the audience and my creative community.  One of my greatest strengths, as well as one of the great risks I take, is that I work with the passion and courage that comes with fanaticism.  If you’ve lived and worked in showbusiness, then you know it takes a fanatic to get things done.  Knowing this about myself helps me keep myself from dangerously overextending my resources. That others know it is certainly a part of why this community values me.

Belonging in Hollywood isn’t about demonstrating that you can do the work, live the life, or walk the walk.  In fact, being a member of this community isn’t about demonstrating anything.  There’s only one way to become family, and that’s by putting family first.  Put the audience first, put the community first… and Hollywood will take care of you.

If that commitment is well and truly worth it to you, you probably shouldn’t go back to the Midwest.

If you’d like to ask questions, pose “what-if’s,” rebuke me with experience or hearsay, or just flirt from the safe distance of your personal computer, you can always find me at Tennysonestead.com.  To find out more about me, my ensemble, and my stories, we welcome you to our online community at 8sidedforum.com – and please, please support our upcoming feature, Quantum Theory.  Quantum Theory is the story of two brilliant, snarky women of science who develop a prototype that gives them the power to change reality itself… until it’s snatched from under them by LDI, a ruthless and powerful defense contractor.  Stealing it back means winning a shell game of changing realities against a company with limitless resources, and the future of our world depends upon their success! You can find out more at here, and at Quantummovie.com.

10 Things An Aspiring Writer Should Know About Writing — Aaron... 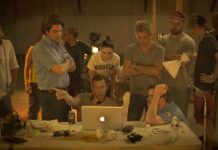 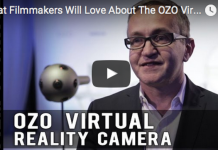 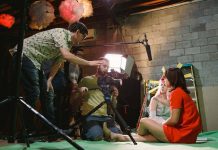 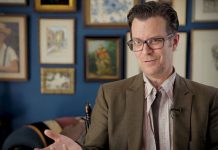