Each day I give gratitude. Gratitude for what?  For everything: the air I
breathe, the food I eat, the home where I live.  For my wife and daughter, and friends in my life’s journey.  This opens me up to seeing and feeling more deeply and, hopefully, to receiving wisdom.

I take this simple practice into my filmmaking because it informs what I will
be given.  Each day before I shoot – be it in Bali, the Amazon or Tibet, we
bless the camera and ask for clarity in what we will film. This ritual action
by the participants and the crew –  allows us, perhaps, to film more deeply than we may have done without performing this simple act.

I take this practice to a film’s screening where I say a silent prayer in the
hopes that what I received through filming will be transmitted to the audience.   It’s a kind of circular thing – from the divine to the consciousness of the filmmaker to the audience.  A celebration of joyous gratitude.  Try it and see what happens.

Michael Wiese is an American director, producer, author, and publisher with over 35 years experience in film, television, pay TV and home video who presently lives in Cornwall, England. He was former vice president of Vestron Video where he developed, produced and/or acquired over 200 programs which earned over $100 million in wholesale revenues. He launched video lines for National Geographic, The Smithsonian, NOVA, Audubon and PBS Home Video. He was a consultant to Republic Pictures, Hanna-Barbera, and National Geographic. Michael’s producing and/or credits include, The Beach Boys: An American Band, Hardware Wars, Dolphin Adventures, Diet For A New America, and Field of Fish. He has written eight film books including Film & Video Budgets and The Independent Film & Videomaker’s Guide.

BUY THE BOOK – Onward and Upward: Reflections of a Joyful Life by Michael Wiese 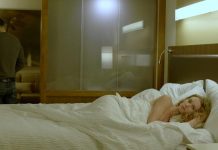 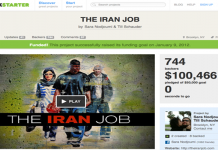 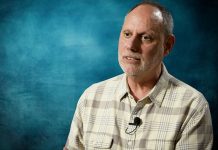 How Anxiety Can Ruin A Writing Career – Glenn Gers