No sufficient budget, no film crew and no connections whatsoever. That’s what I call “true independent cinema” and that’s how I made my first feature film “Study.”

Study follows a psychology student in the week before his final exam, discovering his life and exploring his mind. Starting on Monday, in the middle of his room, the student tries to study surrounded by his past and his present, obsessed by the concept of life and death, and tortured by the eternal struggle between science and religion. Each day is a distinct representation of how the student’s behavior can be influenced by interpersonal relationships and subsequently by society. His consciousness is revealed through a combination of memories, emotions and motivations in a six-day span, while one day is entirely focused on his unconscious cognitive processes. As the days go by, different people and situations interfere with the exam preparation, leading the student to cross the line that separates him from his studies.

“When you can’t see the line between fiction and reality, filmmaking becomes a lifestyle.”

The film comes from a long introspective and experimental work developed over a period of five years. It deals with central concepts in human existence from a psychological point of view. In order to take the human individual as the unit of this work, I experienced a “filmmaking individualism” able to push my creativity and sensibility as deep as possible. Most of the shots in this movie were made by myself without any other operators or film crew members, even during the acting parts (I’m the leading actor). Working with an open screenplay until the end allowed me to melt frame by frame the role of producer, screenwriter, director, cinematographer and actor.

Making this film was like living a dream in hell. Many times I wanted to quit, other times I just felt the spirit of true independent cinema: one vision without any compromise.

I am a self-taught filmmaker, I’ve never attended a film school. The constant vision of films along with real life experience represent the film school par excellence in my opinion. I consider films the greatest teachers of all and no matter how many I watch I will never stop learning from them. That’s what I love about cinema: it’s an endless source of inspiration.

I began acting in a number of independent theater companies while I was attending psychology at the University of Padua. Experiencing a temporary conflict with the academic environment I interrupted my studies for some years, picking up different jobs, until I eventually decided to complete my degree. During the final year at university I started working on short movies and documentaries with a film company in the Venice area. I couldn’t see any future in those projects, besides, every filmmaker had his own approach and finding a shared solution was rather tough. In the meantime I became more and more fascinated by the study of psychology and its impact on modern life. It didn’t take long before I started exploring this connection in a full-length movie.

Filming began in Ireland and went on for a year. Ireland with its capital Dublin came up to my mind as the perfect place to set this movie. Definitely one of the most beautiful natural landscape on earth and Dublin with its historical universities, represents a modern center of Education (European capital of science in 2012). It was exactly what I was looking for. The following four years were spent in Italy, shooting on small sound stages, constantly editing and composing the music. Music plays a crucial part in Study. The film doesn’t rely on traditional techniques of narrative cinema. I wanted the film to be a primarily visual and sound experience in which music plays a vital role in evoking specific atmospheres. The soundtrack features classical and psychedelic music: an original combination of classic and modern sounds.

If you’re a new director and you want to make a film in Italy you soon realize there is no a film industry for new filmmakers. All you can see is just the same old industry made by the same filmmakers and actors. With the exception of a few rare cases, nobody wants to invest in new ideas in Italy and nobody believes in new ways of making cinema. They are just stuck to the old stinking formula. Maybe that formula is working in the box office, but it’s not enhancing the value of our cinema. Because of this narrow-mindedness independent cinema in Italy has no chance of survival. I am talking about the very same restricted mentality that reflects the actual social and economic situation and affects the new generation’s way of thinking. There are lots of young filmmakers and screenwriters around the country with innovative projects, but they can do very little about it, just because the carcinogenic Italian system is cutting them out. The power to change this situation lies in the audience alone. The audience should embrace new ideas, new films instead of leaving the choice to the market. The Italian neorealism era seems to be a wonderful dream compared to these days, it was the greatest moment of Italian cinema and we all have the responsibility to honour it and not to embarrass it film after film. I believe in open and transparent systems, that’s why, I decided to produce and promote this movie abroad.

Study was produced by ARTtouchesART films, a unique film production company based in London.

The film premiered at the 2012 Portobello Film Festival in London and it was nominated for the Audience Award.

Study is arousing a lot of interest around the Internet: 16k fans on Facebook, 11k followers on Twitter.  For more information visit the official movie site at Studythemovie.com.

Paolo Benetazzo is an independent filmmaker, actor and visual artist. He began acting and filming while attending psychology at the University of Padua, Italy. Once graduated he moved to Dublin and then London to create his own film production company ARTtouchesART films and start working on his first feature film “Study.” 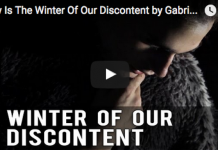 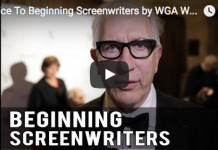