Home Articles Bankruptcy and Divorce All For a Movie
Share
Facebook
Twitter
Google+
Pinterest
WhatsApp
Linkedin
ReddIt
Tumblr
Starting from Scratch is an independent feature film set for a 2013 festival run. It began as art imitating life, and has become life imitating art. Marriage and money don’t mix well with movie making, but James Huang and Elizabeth Sandy did it anyway. Here is our story.

In my twenties, I was reckless, irresponsible, and immature. I got married when I wasn’t ready, we spent all of my money on making a movie and went broke.  I filed for bankruptcy, I got audited by the IRS, became a miserable human being, and she quickly divorced me.

Now in my thirties, I am a ray of sunshine, full of positive energy. I even met the girl of my dreams who is also an actor and I’ve never been happier. So we got married, spent all our money on making a movie, and now we’re broke. Conversely, our movie is about a newly married couple that made a movie, go broke, get audited by the IRS, and file for divorce. It’s a comedy; the movie, that is.

On the other hand, life is starting to resemble the Greek tragedy of Sisyphus, pushing that same boulder uphill again, and again, knowing the end result will repeatedly come crashing down. Despite my maturation, some things never change; but I just had to make a movie with her and nothing was going to stop us. I refuse to let the end result come crashing down on us. I won’t lose this time. I can’t.

Newly engaged and living together, all I could think was, ‘Do Not Screw This Up. Do Not Make The Same Mistakes Twice!’  It was like a mantra, on repeat in my brain. I had just spent an intense week physically merging our lives together, renting a moving truck, building new Ikea shelves, welcoming her throw pillows and I had a sore back to boot. My Bruce Lee DVDs now sat beside her Rom Coms. Her pastel colored chick-lit paperbacks were now sandwiched between my Idiot’s Guide to Motorcycles and James Dean Biography. Sadly, my fears of losing our newly merged life were paralyzing my ability to enjoy it. That’s when it hit me – I said with a confidence that I’d been missing for years as a filmmaker:

“I know how to write this movie!”

I wrote down exactly what would happen if I were to make those same mistakes twice; if really I hadn’t changed and was still that reckless, irresponsible, and immature guy. Rather than fearing all those ‘what ifs’, I could just indulge them and play out all the scenes with disastrous consequences. I didn’t have to fear the ‘What If?’, or ward it off with a mantra, I could actually play it all out in a movie and experience it with her. So it began: our new life as husband and wife was initiated by making a movie about the end of our marriage.

Eighteen months later, we are still married and broke after completing this movie. We haven’t filed for bankruptcy, and we haven’t been audited by the IRS. We continue to love and support one another with everything we’ve got. We have a gem of an indie-film and a foundation for our marriage that proved we are a great team who can love each other and work well together. I’ve learned many lessons along the way as a man and as a filmmaker. The most important principal is simply that if you’re going to spend all your money and time on a film, those you love still must come first. This was the rule I gave myself and it made all the difference in the world. I will always feel successful for achieving this goal no matter what box office mojo ultimately reports about our film financially.

The moment we got back from our honeymoon, the two of us spent three months planning a rock solid pre-production for a fifteen day shooting schedule. It was an exercise on saving money, getting the most production value we could with limited funds, location scouting and gathering and scheduling all of our professional friends. We also spent that time preparing our leading roles with me as director. Our small team included about a dozen principal actors, and an additional crew of 6 people: a DP, an AC, a Gaffer, a Sound Recordist, a Make-up artist and a PA that attempted the job of a 1st AD. Elizabeth and I were the producers, the art department, the wardrobe department, and craft services. We had a tremendous amount of support from close friends in preparing for this shoot with everything from catering to the final shooting script. But we also had many hair-pulling, frustrating moments along the way such as my original director dropping out of the project to pursue her own film, our 1st AD dropping out one week before production, and two last-minute casting replacements that turned out to be blessings in disguise.

I knew ahead of time to expect about twelve hell-raising contingencies that would lead to wasting time, money, and resources. We ended up with about twenty hell-raising contingencies, which resulted in our production’s micro-budget of $20,000 soaring to $35,000 within a fifteen day shoot. This may not be a lot to some, but it was everything we had. It was the last of our hard earned savings and it meant that we had no money left for post-production or upcoming rent. Upon wrapping production, Elizabeth got a full time job while I spent the next four months editing the film. It then left my hands and went off to post sound design, music and color where we got many favors and either free or cut-price help.

With a newly finished film on our hands, our goal is to play festivals, have a semi-theatrical run, and then shortly thereafter have the film made available across many platforms like VOD, Netflix, iTunes, and Cable. Our goal is exposure before revenue. This film is an investment in ourselves, rather than a vehicle to make money.

We have it in mind to self-distribute the film in 2013 and we are now facing a whole new set of challenges such as festival strategies, lack of a distribution budget, and finding our audience. For the future, I’ve learned to consider things like DIY distribution, targeting an audience, and brand sponsorship for our next film. As a couple, we’ve never worked so hard on a passion project and we are very proud of what we’ve achieved: a hilarious, real, unromantic comedy. We are still happily married and hope to be for the rest of our lives. This, above all else, is what really matters to me. The greatest lesson I’ve learned is that love should never be synonymous with spending money. Oh yeah, and to never self-finance a film again.

James Huang was born and raised in New York and attended high school and college in New Jersey. He was captain of his high school Varsity football team, played LaCrosse and Wrestled, while learning Taekwondo in the summers. At 17, a full financial-aid scholarship took him to Rutgers University where he majored in Theater and Cinema and also became a competitive Taekwondo athlete. After graduating, his first job was as a resident actor at The George Street Playhouse. There, he met renowned Uta Hagen, who gave workshops to the actors during her last great performances of “Collected Stories”. He started his film and television career in New York before moving to Los Angeles where he has lived since. His training includes Rutgers University, The William Esper Studio, The Carter-Thor Studio, The Groundlings Improv Theater, The Richard Waterhouse Studio, Sara Mornell, Jonathan Slavin, and his favorite acting book is ‘True and False’ by David Mamet.

Check out more on James and Elizabeth here: 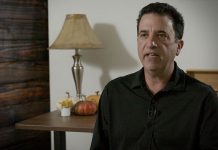 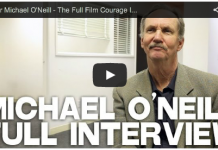 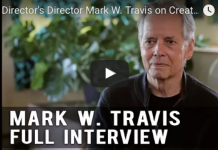