Yesterday, in a room packed with reporters, I filmed a giant talking vegetable publicly challenging Chick-fil-a, the multi-billion dollar national fast food chain, to “Eat me!”

Of course, none of it was real — the camera flashes, microphones from the major networks, sounds of the murmuring reporters — all of it was fake. In fact, the whole event was created for one purpose only:

Unfortunately, the issue at the center of the production was all too real — especially for Bo Muller-Moore, the t-shirt artist who’s the target of Chick-fil-a’s attempt to shutter his business, confiscate his website, and turn over his inventory to lawyers representing the nation’s second largest fast-food chicken chain.

Chick-fil-a claims that Bo’s ‘Eat More Kale’ t-shirts are infringing on their trademark ‘Eat Mor Chikin’ slogan. Their threats to close his business would seem ridiculous, had they not already successfully prosecuted their claim against thirty other small businesses across the country (including ‘Eat More Vegetables,’ ‘Eat More Kosher,’ and ‘Eat More Chocolate’).

For Bo, the consequences of Chick-fil-a’s ‘cease and desist’ actions are huge. As a small business owner with one employee (himself), Bo’s ‘Eat More Kale’ t-shirts are how he supports his wife and kids.

So if you’re in Bo’s shoes, what do you do when a mega-business like Chick-fil-a tries to shut you down? Do you walk away (as many of the other ‘Eat More’ businesses have done) or do you stand your ground and try to fight?

Fighting, of course, would be the admirable path — however, last year Chick-fil-a had sales in excess of 4.1 billion dollars! How does a small business begin to wage battle with a foe that big?

Also, the world is full of corporate bullies. Drawing attention to the one corporation that’s bullying you is nearly impossible. It’s a loud world out there. How does Bo let people know that, ‘Hey, Chick-fil-a might portray itself as one thing, but in reality, it’s another thing, altogether.’

Taking my cue from great satire like Saturday Night Live, comedians Stephen Colbert and Jon Stewart, and filmmaker Michael Moore — along with Ben Cohen and Jerry Greenfield’s (aka Ben & Jerry’s) successful ‘What’s the Doughboy Afraid Of?” campaign — I decided to film a fake press conference where an indignant giant kale would publicly challenge Chick-fil-a on Bo’s behalf.

So was it a little embarrassing to call up an actor friend and say, ‘Hey, what would you think about wearing a giant kale costume in a short film I’m about to make?’

Absolutely. But an absurd claim requires an absurd response. To me, Chick-fil-a’s claim against ‘Eat More Kale’ is nothing, if not absurd. Bo might not have a team lawyers, or billions of dollars at his disposal, but one thing he does have is a filmmaker who knows how to play a game of ridiculousness. My attitude toward Chick-fil-a is, “Oh, you want to play that game, do you?”

I never thought that I would get to a point in my career where I would be proud of a film that I wrote and directed about a giant talking vegetable, but I’m quite proud of what we created yesterday. For one thing, it was a lot of fun! But also, it’s amazing how far a few hundred hundred bucks, a guy in a kale costume, and a handful of friends can get you. Within 24 hours, a few thousand people — some of whom had never even heard of Chick-fil-a — became aware of the absurdity of this company’s claim against Bo.

The world of short attention spans requires us to be creative in our response to the insanity going on around us. The old rules apply no more. If our side is going to win — heck, if we’re just going to be heard — we have to cut through all the crap that’s fighting for people’s attention, and be creative in the way we connect to those folks who might really want to hear what we’re saying.

The wicked combination of satire and shame is one way to be heard.

You can watch our video on YouTube here or our Kickstarter site here.

Bo Muller-Moore (Folk Artist/Co-producer) — Everybody calls him the “Eat More Kale” guy. Bo is a t-shirt/folk artist, husband, dad, foster parent, son, brother, cousin, a neighbor and US Citizen. He was born in Memphis, Tenn. and has lived in lots of places, but now and forever more will live in Montpelier, Vermont. He’s a lucky and busy Dude. www.EatMoreKale.com

James Lantz (Filmmaker/Playwright) — Award-winning producer, writer/director of over 200 commercial films, videos and live events for numerous Fortune 500 clients. Last year, his screenplay ‘Hide Fox’ won awards at eight national film festivals. James is also the writer of four plays including ‘The Bus’ (www.TheBusThePlay.com) which was produced Off Broadway in 2011 and will receive productions in San Francisco and Cape Town, South Africa later this year.  James lives in Burlington with his wife, two sons and a scruffy dog named Rufus. 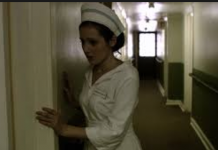 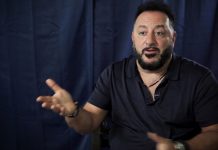 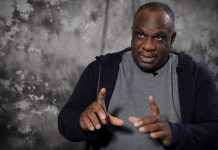