In January, I found myself in the middle of pre-production for my first feature, Office Ninja.  In the previous months, I soaked in the art of filmmaking via extension classes on screenwriting and directing, watched numerous how-to internet videos, while staying afloat with unemployment checks.  Well, enough research.  Game time.

My plan was to finish the script in March, and shoot in June.  My budget was a whopping/measly $20,000, depending on who you are.  That’s how much I had in my checking account.  An indie film producing seminar showed me step-by-step how a million-dollar flick could be made for as “little” as $300K.  Obviously I didn’t have that, so the idea was to muck with the formula to fit my budget.

In all probability, the flick would suck and be full of rookie mistakes.  There was no point in burning even more cash into something that wasn’t going to make money short-term.  So I game-planned my financial shortcuts by appointing myself DP, sound, editor, and composer, on top of my writer/producer/director duties.  No need for online, color, or visual effects… all I needed was a Canon 7D and Final Cut Pro.  I knew this was true because the internet told me so.

While finishing the script, I decided to find a partner in crime and learn how to use a 7D.  I contacted Jim, who I met in directing class, and was quickly on board as a producer.  He was enthusiastic, had already taken some producing courses, and was willing to work for cheap (since it was his first real gig). 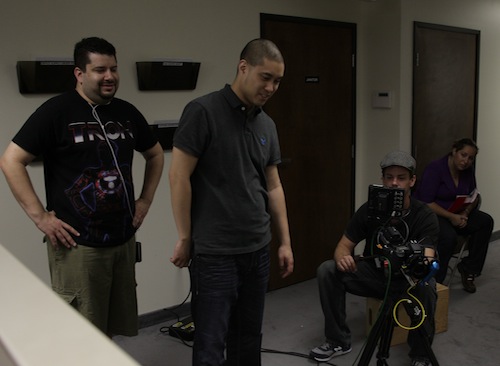 I attended an extensions course on DSLR cinematography to know the basics.  Well, one hour in, I was overwhelmed with white balance and lighting angles.  After class, I talked to Jeff, the instructor.  He was clearly very experienced and understood the indie world, so I decided to hire him.  Jeff quoted me a fair price, given his skills, knowledge and having his own equipment.  However, that ate a significant chunk of the budget.  No biggie; I’ll slash costs somewhere else.

Next up was a crash course on editing.  I got in touch with Tim, an editor of over six year, through a friend, to ask about editing classes versus online tutorials.  During our talk, I realized there was no way a noob could edit efficiently and skillfully, regardless of how many videos and blogs I saw.  He liked my screenplay, and offered a very reasonable rate.  Now I had a legit editor to go with a legit DP.  And just like that, I already exceeded my budget.

Well, now I was at a crossroads.  After all, this was just my first movie.  It was supposed to suck.  I was supposed to use it as a stepping stone, to fix my flaws, and find my style.  But then again, what if this was my one and only shot?  When I was in high school I quit tackle football just four days in because I punked myself out.  Short of hijacking the TARDIS, this regret will haunt me to my grave.  The sport cliche: “next season” doesn’t always apply to life.

Change in plans.  I needed to go all in.  I was going to make the best film I could make by surrounding myself with professionals in all facets, money be damned.  This meant going against every financially logical fiber in my being, draining my 401K and retirement accounts, taking the early withdrawal penalties, not knowing 100% what next year’s tax implications are, and throwing out seven-years of careful investing, just so I might have enough to pay for my feature.

Believe me I had my doubts.  Here I was scrapping all my long-term strategies and safety nets.  It was scary to think about ditching a future of financial security that I had worked on and researched for many years.  But I didn’t want that future anymore.  I wanted one that gave me a shot at being a movie maker for life.  One where I can truly pursue happiness.

Did this gigantic gamble pay off?  Without a doubt.

We held prep meetings, camera tests, read-throughs, and storyboard walkthroughs to reduce the chances of unpleasant surprises.  Camera, sound, makeup, wardrobe, art, and stunts all gave me valuable insights and solutions that I couldn’t have come up with myself.  We were as ready as we could be before even shooting.

On set, my actors were not only talented and funny, but they also understood twelve-hour days, eye lines, waiting for camera setup, and the repetitive necessity of getting coverage.  Pretty much every department had paid assistants, allowing the pros to do what they do best.  Catering kept everyone fueled up with fresh coffee and hot meals.  We also had a location manager who had our backs when the neighboring tenant decided to jackhammer the parking lot.

Post went just as smoothly.  Tim had very little problems making the cut, he pretty much had multiple clean takes and coverage in each scene to give it the action-comedy pace it needed.  Meanwhile color, online, and final mix didn’t have to do much bandaging, just taking it to the next level and giving it that professional polish and shine.  I didn’t plan to have visual effects, but with the savings from everything else, I was able to afford some to further hide my mistakes.

The last benefit I discovered about my strategy was that it created a soothing calm throughout all phases because everyone knew they were getting paid.  On time.  Say what you will about the purity of art and whatnot, but your team is still a group of people who have bills to pay.  Removing that financial fear instilled trust into my crew, and in turn, created a very professional environment with happy artists who were even more willing to sacrifice for my vision.

We know that pouring more money into a project never guarantees a better movie.  But what we created was a completed film that looked and sounded professional to the point that the audience won’t be distracted by technical hiccups.  They will be able to focus on the story and performances.  If they end up not liking it, it will be because I failed in the “film” aspect of film-making, not the other.

As producers, Jim and I didn’t experience the excitement of guerrilla movie-making and exhilaration of stretching every scarce dollar.  Instead, we learned the value of properly making a film.  We now know what it costs to get quality image and sound, and where to allocate resources.  No shortcuts.  Just how the studios do it.  The digits might change, but the system is still the same.

By admitting my initial plan was flawed and switching philosophies, I was able to make a movie under my terms.  In addition, I got my rookie mistakes out of the way while putting my best foot forward.  Just because you can get away with making a film cheaply doesn’t mean you should.  Always keep one foot grounded in financial reality.

I implore you to find a way to properly fund your projects: borrow, save, crowd-source, hijack sea freighters (NOTE: FilmCourage does not condone piracy), whatever it takes.  Give your film the treatment it deserves by hiring people who are smarter and more skilled than you.  Time will tell if my strategy will pay off with a successful career, but I learned unequivocally that the benefits of not selling myself short were priceless.

He worships the dark quirkiness of Burton, the efficiency of Eastwood, the human insight of Wilder, the imagination of Miyazaki, the story-telling of Hitchcock, the commercial and critical success of Spielberg, and the uncompromising versatility of Kubrick.

In his free time, Bin attempts to satiate his inner nerd, jock, and cine-phile needs all at the same time.  He also writes a movie review blog.  You can reach him via twitter at @ptmovieguy and by email at ptmg-at-parttimemovieguy-dot-com. 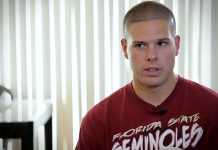