Someone broke the record for biggest narrative film on Kickstarter. This is fantastic news. I want to say that right off the bat. Congratulations to Koo for rallying the troops and raising the bar. I couldn’t be happier for him and if he wants me to bring A Year Without Rent to the production, I’d be more than happy to do so.

But first, I’m going to play Devil’s Advocate here because I think it’ll be helpful for campaigns going forward.

It’s not a bad campaign, but it ain’t great. And it certainly isn’t the sort of campaign you’d expect to break the narrative record.

There’s nothing unique or innovative or even all that creative in the campaign. Look at the perks. Basically, what you’re getting is the standard list of perks that pretty much every campaign gives you, plus frames of the movie that relate to how much you gave. But even that isn’t new. Lemonade Detroit already did this (and is doing so still).

This is a movie about basketball, and there’s really nothing in the perks that reflects that. But the pitch video (if memory serves) has a high school basketball photo of the director. He could have easily made copies of that and signed it for, say, a $10 perk. The point being, there’s a hundred different things the campaign could have done that would have been unique to that project. But it did none of them.

At last week’s Filmcourage panel (which you can purchase audio of at the link), Indiegogo’s Adam Chapnick gave some numbers on what successful campaigns do. I don’t remember the exact numbers, but part of it was giving updates. I think 30 was the consensus sweet spot for a 60 day campaign. And that seems about right. An update every other day is keeping people involved without being a hassle.

Joke and Biagio’s seminal campaign for Dying to do Letterman gave an update for something like each of the first 15 days of the campaign, and all of those contained something they were giving away, be it advice they found helpful or graphics for use in your campaign or a video of them crying.

The point being, the updates keep people engaged. Not to mention, there’s good karma involved in giving stuff away for free (more on that later).

MAN-CHILD has 9 updates and only 7 of them during the campaign.

I thought that was kind of strange. How does a campaign with no updates, boring perks, and a pretty basic pitch video break the narrative record? So I ran some numbers of the first 11 notable film campaigns that I thought of (click on the chart to make it bigger).

I think it’s pretty self-explanatory, but here’s the key:

$$: Actual money raised
Goal: the goal, duh.
%: the % above the goal the campaign went
Backers: # of backers who gave money.
$$/Backer: the average donation level of each backer.
Likes: Facebook likes, as indicated on the Kickstarter page. This is a little tricky, because I don’t think the like button has always been as prominent as it is now.
$$/Like: the average donation amount per “like”
Ratio: Likes/Backers.

I think the Ratio is the important number here. A big function of a Kickstarter campaign is the idea that it provides free publicity for your project, building an audience while you’re still making the film. The backers become your evangelists, spreading the word for you because they feel some connection to your project. The good campaigns create the most buzz. The best campaigns convert that buzz into backers.

The gold standard here is Dying to do Letterman and TILT. A ratio in the 3’s strikes me as a pretty perfect balance. Over 5 is too high. Under 2 is too low. If you have a massive Kickstarter rally, it’s going to inflate your numbers here a bit (see: AYWR and Locked in a Garage Band), but the inverse isn’t necessarily true. BLACK ROCK blew past it’s goal in days and has a ratio of 2.39. They pretty much could take the foot off the gas pretty quickly, which kept the ratio lower than it should have been.

It’s kind of like baseball. A solo home run is great, but it isn’t something you want to rely on. Putting runners on base and driving them in with base hits is. A ratio in the 1’s probably isn’t sustainable. A ratio above 4 means you left money on the table.

So how the hell did he do it?

For years, Koo has run this website, which gives away a shitload of free advice and resources for indie filmmakers. There’s really a staggering amount of stuff on there. He gets something like 500,000 page views a month. Scroll through the comments of the campaign and it becomes pretty clear that this was a case of Koo’s audience giving back. The project could have been anything. They saw someone who’d helped them time and time again and saw this as an opportunity to return the favor. That’s it. Good karma.

But that’s not everything. Consider this possibility: the high goal number.

He went for the narrative record. It’s a big number. $115,000. And he got there pretty effortlessly with a bad campaign. I know a lot of people were watching the campaign simply to see if he could break the record. They weren’t spreading the word or backing it for various reasons, but they were watching.

In the final days, I had a couple of conversations with those people and we pretty much all agreed that this was going to be a campaign that went to whatever level the goal was. If he’d asked for $40,000, he would have gotten that. It happens to a lot of campaigns (see the chart).

So I think the lesson here is this:

You can ask for more money.

And that’s a scary thought, because no one wants to come up short. But that goal number gets people’s attention. They’re drawn to it. If Koo had run a good campaign? He could have gotten $150,000, easy. Maybe $200,000.

The growth of crowdfunding is off the charts (so says Adam), but our campaigns aren’t scaling up with them. There’s more people to find. 2,000 backers isn’t really all that much, if you think about it. Translate that to Box Office and that’s, what, a $20,000 gross? That’s not very much. This time next year, we could be talking about projects that raised $500,000 with 10,000 backers and a ratio in the 3’s. It’s possible. We just have to think a little bigger. And we have to run good campaigns. All the tools are there. The audience is there. Who’s going to find them? 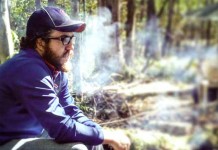 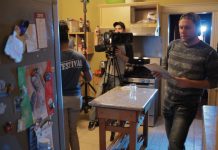 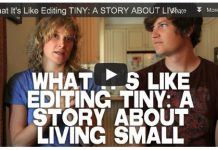