My name is Koo and I’m making my first feature film, Man-child.   It’s about the high-stakes world of youth basketball, which is a surprisingly treacherous environment for a kid to grow up in. The film’s log line: “A talented basketball player at a small Christian school gets ranked nationally and must choose between schools, coaches, and faiths — all at the age of 13.”

How I arrived at this point is a long story, (about which there are literally a thousand blog posts on my website, NoFilmSchool so for this guest post on Film Courage I’m going to limit myself to one sentence about each step of the journey. Hopefully this will allow me to get through my story as quickly as possible in order to get to the lessons I’ve learned along the way. Here we go!

From North Carolina to New York

I started a website (the aforementioned NoFilmSchool) in 2005 and was discovered by an indie film company in New York as a result, but their plans fell apart; however, that led to me being discovered by a producer at MTV who was hiring designers (I was not a designer at the time, but I said I was so I could get hired). 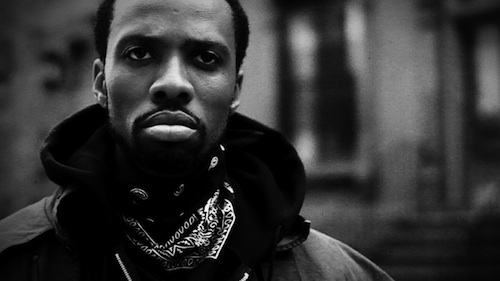 From Designer to Filmmaker

My co-worker, Zack Lieberman, was also interested in filmmaking, so we set out together to make a web series, the result of which was the urban western The West Side (which went on to win the Webby Award for Best Drama Series).

From DIY Filmmaker to Agentdom

Shot on nights and weekends with no budget, The West Side got us selected as two of Filmmaker Magazine’s 25 New Faces of Film and also got us an agent at UTA.

From NYC to LA

Our agent deemed The West Side “not commercial enough,” so we came up with a larger, more entertaining project of an interactive nature and went to Hollywood to pitch it to any film studio that was interested in getting into interactive content — and almost all of them were.

From “great idea” to “no business model”

While all the majors were interested in interactive content, not many of them actually had a concrete idea how to monetize it — which became increasingly clear over the course of about 50 meetings over the next year.

From LA to living out of a suitcase

With a strong distaste for my fate being in someone else’s hands, I decided to go back to the DIY approach — but to do so I wanted to build up an audience of my own, and so I relaunched NoFilmSchool as a daily resource for other indie filmmakers (but I had to give up paying rent in order to do so).

From a suitcase back to NYC

After spending a year building the website (and living out of a suitcase), I moved back to NYC (thanks to the website’s growth), and began working on a screenplay for my first feature.

From screenplay to Kickstarter campaign

After a year spent researching and writing the script for Man-child, which explores sports, education, religion, and sex in America through the eyes of a talented 13 year-old basketball player — I was selected for IFP’s Emerging Narrative program and the Film Society of Lincoln Center’s Emerging Visions program; with this credibility in tow, it was finally time to launch a crowdfunding campaign to make my first feature.

From Kickstarter campaign to feature film?

Sports movies are logistically difficult and expensive to make — thus the ambitious Kickstarter goal of $115,000, which is nevertheless a tiny amount for a sports film — and it’s going to take every bit of support from the indie film community to make this dream a reality:

From personal story to lessons learned

Okay, enough of limiting myself to single sentences; they were becoming run-ons anyway. So, what I have learned on this odyssey? The game has changed. A lot of filmmakers today set out with the career arc of someone like Steven Soderbergh in mind — make a great first feature while young, win festival accolades, move up to larger budgets from there — but the independent film scene today is not what it was when Soderbergh won the Palm d’Or at the age of 26.

The lesson I’ve learned, and what I would suggest for those just getting started, is to set your sights smaller and make whatever you can without needing outside investment. Post your project on the internet — it costs nothing, and you can build an audience organically — and go from there. Name any filmmaker you look up to that made it big through the old system — this is the approach they’d be taking if they were coming up today. A lot of people can say this, sure, but I’ve tried both approaches and learned the hard way. Don’t make the same mistakes I did!

Oh, and if Hollywood comes calling? Keep working on indie projects. I know too many filmmakers who made successful first features and are now stuck in development hell. That’s one thing we can all learn from Soderbergh — go big and small.

I hope you’ll check out the Man-child campaign and my website, NoFilmSchool the former offers great rewards ($10 for the full film! $120 for a producer credit!) and the latter is a great match for Film Couragers. The Kickstarter campaign for Man-child ends September 23rd at midnight, and as you know from David Branin’s crowdfunding cheat sheet, if you don’t make it to your goal you get nothing. Thank you for any support, be that in backing the project or sharing it around!

Koo was selected as one of Filmmaker Magazine’s 25 New Faces of Film for his urban western web series The West Side, which also won the Webby Award for Best Drama Series. In addition to co-writing, directing, shooting, and editing The West Side, he has shot for Focus Features, The Workbook Project, and Ralph Lauren; he has written for Filmmaker Magazine and Weblogs, Inc.; and he has served as Senior Designer for Rhapsody and MTV. His website about filmmaking,  NoFilmSchool, recently received the Total Film Best Creative Blog award. Man-child will be his first feature. 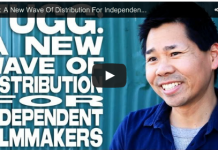