If I could sum up filmmaking into one word, it would be persistency.

Sure, there are those overnight success stories that we all hear about, you know, the guys who had the perfect pitch that will be next summer’s studio tentpole. But for the rest of us, it is about producing a steady flow of consistent work in the hopes that someone will finally pay attention.

I was born and raised in a town of 150 people in southeast Georgia. If you want to be a farmer, a schoolteacher, or a jail warden, there are plenty of career choices for you. That’s fine for most people, but to become a filmmaker, it requires the motivation to keep on trying, even when everyone thinks you’re crazy.

In the age of cheap HD cameras, Final Cut, and YouTube, today’s aspiring producer does not need a film school education or a multi-million dollar budget. They just need an original story well told.

Of course, this is much easier said than done. Since I embarked on my filmmaking journey in 2005, I have produced a mixture of eight narrative and documentary films, with a handful of international projects and some star attachments. Reflecting on this body of work, it is hard to believe that our creative team has accomplished so much in such a short period of time, knowing that we still have a long way to go.

Our first film, That Guy: the Legacy of Dub Taylor, profiled the character actor’s life and career through the lens of the shifting state of the American western. Mark Ezra Stokes, my production partner, began the journey in his Ford Mustang, driving up to Dahlonega, GA to interview the Grammy-winning band “Riders in the Sky.” You might know some of their music from Pixar animated shorts. Backstage at their concert, I thought that we had it made, that everyone would line up.

We reached out to most of the major living celebrities that had worked with Dub during his five-decade career, purchasing an IMDb Pro account to get direct access to agents. One of our producers had promised us a major connection to a leader in the western film community.  Money was coming in to fund the whole operation through a state grant. Everything would be perfect, right? 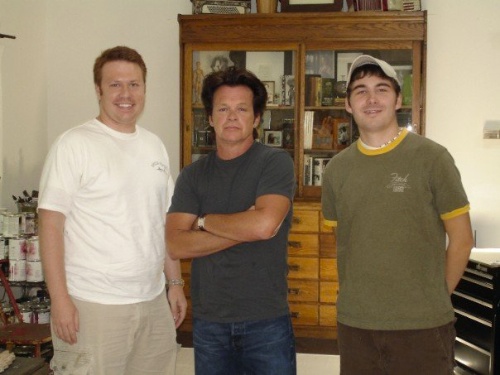 As a naive high school graduate, I learned that having an agents contact information does not translate to their talking to you. However, actors who have fond memories of working with others and an inclination to work with young filmmakers sometimes do. We got a phone call from the late Dixie Carter (“Designing Women”) to come to her house where we could conduct an interview. After she opened the door, so followed rocker John Mellencamp, comedy director David Zucker, and many others. Suddenly, we discovered that a few name attachments and a good reputation would get you places quicker than expected.

While the film only screened once for reasons beyond our control, we finished it and suddenly had our first credit. We were excited and pleased, feeling like we were heading in the right direction. But truthfully, it is easy to forget the fleeting nature of the film industry.

I learned quickly that it is not only about producing one project, but being prepared to produce many. As an independent filmmaker, our finances can often afford one project at a time, but our careers and reputations cannot. We have to be constantly developing and producing, ready to move forward when an opportunity presents itself.

While studying at Georgia Southern University, I signed up to do study abroad in Italy. This gave me the opportunity to produce Di Passaggio (now available on Amazon), a film that examined how Americans changed through the lens of another culture. Through producing this film, I began to find a narrative that has shaped the future of JamesWorks Entertainment.

My creative team came to discover that with the emotional power of film, we had the opportunity to use it not only for entertainment, but also to share a socially conscious message with audiences. Beginning at the Macon Film Festival, the first film festival that picked us up, we have gone all over the country to share different types of stories to people from many walks of life. 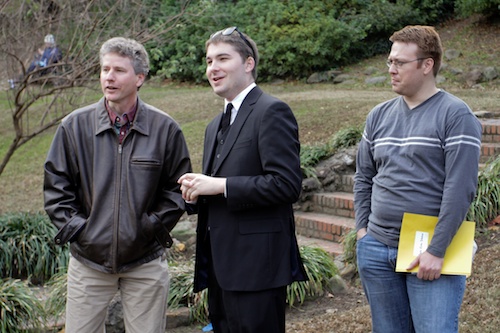 This past December, with a half-decade of work behind us, we mounted our most ambitious film yet. Followed, based on the short story from 2010 Hugo Award winner Will McIntosh, is set in an alternate world where zombies follow people who do bad things. These are symbolic of the people in the world we often forget about, such as the starving child in Africa or the earthquake victim in Haiti.

Armed with a privately backed budget that could purchase a new car, we had over a hundred extras, a nice 20-foot mechanical crane, and a professional cast and crew to bring Mr. McIntosh’s story to life. Yet even with all of this, the film will only be twenty minutes. Through all of these projects, I have finished college and now work a variety of contract jobs to pay my bills. I might travel a lot, but I live simply while building a respected portfolio.

Many people walk into this business upon hearing about million dollar deals, forgetting that those who came out of nowhere were actually there the whole time. Success is not about putting a great idea to paper that translates to screen; it is about spending time to hone your craft, to take the time to be ignorant and learn from your mistakes.

It is about being responsible with the resources that are available to you. With a bunch of imagination and the will power to persevere through constant rejection, your work grows stronger and your passion burns brighter.

James Kicklighter is the 22-year-old founder of JamesWorks Entertainment, featured in the Examiner.com “CEOs Under 25″ series. A film director and producer, recent titles include The Car Wash (with The Curious Case of Benjamin Button’Edith Ivey), winner of the Audience Choice Award at the National Film Festival for Talented Youth; Theater of the Mind, created for the National Association of Broadcasters BEA Show; and Di Passaggio, winner of The Accolade Award of Merit alongside ABC News, USA Today, and Discovery Kids. He was a screener for the 2009 International Documentary Association’s Distinguished Feature Award.

He is in post-production on his next film, Followed, based on the story from Hugo Award-winning writer Will McIntosh. It tells the story of a socially responsible college professor whose perfect world is threatened by the appearance of a tag-along zombie child. Visit www.jameskicklighter.com for more information. 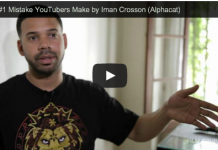 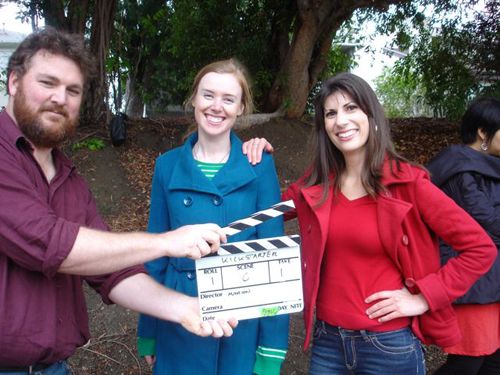