Karl Iglesias: Wow…well if you go to the 101 Habits [Editor’s Note – Karl Iglesias’s book The 101 Habits of Highly Successful Screenwriters] there are 14 of the top writers I recommend. You can see their work and the new version (10th anniversary edition) had 18 new writers like Tony Gilroy and Terry Rossio, all the big names. Between the two, you have many writers, your mentors and their advice to you. In terms of writers I admire, Pixar, Pixar storytellers, Brad Bird, John Lasseter. The thing with John Lasseter that is really interesting is…just to show you the power that he had as a storyteller. When Disney bought Pixar and John Lasseter became the head of animation, all of the Disney animation movies have been successful, like really great storytelling starting with BOLT, all the way to TANGLED, FROZEN, to the latest one UTOPIA. So these are not Pixar movies but you can see the PIXAR touch in them and they have been successful with audiences. So it kind of shows you that he’s had quite and influence at Disney. So yeah, I admire him, and hundreds and hundreds of other writers.

“I mean when you look at the concept for SHAWSHANK REDEMPTION there is nothing appealing about it, right? It’s a movie about two people in prison. Okay? But when you experience it…And this is a lesson for writers in that just because you don’t have a high concept…now with a beginning writer a high concept is paramount. It helps you because it helps you break in because your script will be requested and then once they get the script in front of them and it’s well executed then you’re on your way in.”

Film Courage: When you were in High School or College, what were some of your favorite screenplays where you thought “I’ve just got to do something like this!”

Karl Iglesias: Well for me it was mostly genre. I’ve always been a sci-fi person, specifically futuristic as opposed to sci-fi (I like to make that distinction). Futuristic is more about in the future but on Earth, as opposed to Star Trek, Star Wars, you know space ships in space. I tend to gravitate toward more thought-provoking stories like BLADE RUNNER, THE MATRIX, INCEPTION, anything that has a really thought-provoking story and concept taking place on Earth in the future. ETERNAL SUNSHINE OF THE SPOTLESS MIND is a favorite of mine, so any thought-provoking movie I tend to like. Film Noir, futuristic, thrillers. I still remember the day I saw SILENCE OF THE LAMBS, an advanced screening of it. And it was the very first movie where I totally was not aware of anything else. I remember the lights went down and you watched the movie and the next thing I knew, the lights coming on. It was like “Oh, my God. Two hours went by and I was completely mesmerized from beginning to end, every second. That has never happened before in a movie. That was the first time I remember being so taken and engaged by a movie.

Film Courage: What do you think it was that made you taken with it?

Karl Iglesias: Just great craftsmanship. It was just amazing. Everything about it. It was an interesting story, compelling characters, great relationships, fantastic twists and cleverness, caring about not only the main character but caring about the villain. Just great craftsmanship. Kudos to Thomas Harris who wrote the book, it was very close to the movie. And to Ted Tally who wrote the screenplay and Jonathan Demme who directed it. I mean this was one of the very few movies that swept the top five Oscars. You have best movie, best director, best screenplay, best actor, best actress. There haven’t been that many movies in the history of movies that have received the best five. It’s considered the pantheon of movies. I remember the first one was IT HAPPENED ONE NIGHT with Clark Gable and Claudette Colbert, that was another favorite of mine. I believe ONE FLEW OVER THE CUCKOO’S NEST also won all top five awards if I’m not mistaken? But I think SILENCE OF THE LAMBS WAS THE LAST ONE. I’ll have to research that but I remember when I saw it thinking “Oh my, God.” If anyone else has this same experience it’s going to be great, a classic, it will sweep the Oscars, I mean everything. And I was rooting for that film. I remember watching the Oscars when that happened and just being like “Wow!” It’s one of my all time favorites. And then BLADE RUNNER is one of my top favorites. Although that didn’t do as well when it opened and it was actually considered a flop and only became a classic through word of mouth and the sheer visual of the story.

Film Courage: It’s an interesting concept when something doesn’t show the [box office] numbers but then this cult audience finds it…

Karl Iglesias: Yes. There are quite a few movies like this. SHAWSHANK REDEMPTION is another one. It kind of flopped when it opened at the box office but then created a life of its own from the sheer audience. It’s like “Wow! They responded to it.”

Film Courage: What is that about?

Karl Iglesias: Mostly I think it is about concept. I mean when you look at the concept for SHAWSHANK REDEMPTION there is nothing appealing about it, right? It’s a movie about two people in prison. Okay? But when you experience it…And this is a lesson for writers in that just because you don’t have a high concept…now with a beginning writer a high concept is paramount. It helps you because it helps you break in because your script will be requested and then once they get the script in front of them and it’s well executed then you’re on your way in. So I don’t recommend having low concepts when you’re a beginner, but in this case….I mean it was Frank Darabont, Stephen King’s novella, but it was a low concept. There was nothing that made it appealing, so it didn’t really drive audiences to the theaters at the time but the execution is masterful. So once you’re in the door and you experience it, you’re like “Oh, my God!” and then you tell others and word of mouth. That is how it happens. So that is the case with that.

QUESTION: Can you name a movie that has won all 5 major awards at the Oscars? 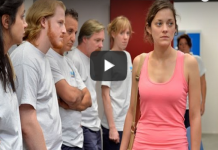 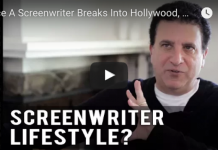 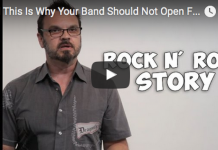 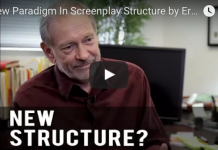